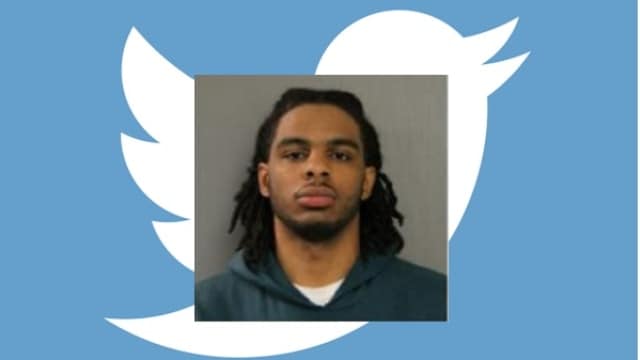 In the social media age, sometimes the temptation to broadcast your every movement is just too great as one Cook County suspect can attest.

According to DNA Info’s Chicago Crime & Mayhem section, Brandon McNeil, 21, ran from police in the Beverly area and hid out in a woman’s basement with two illegal guns, one of which was a revolver whose serial number had been defaced.

McNeil had fled from the long arm of the law after they responded to reports of gunshots in the area about 3 p.m. on August 3rd.

Making things easy, McNeil dropped a Tweet saying “lol look I just left the police they lookin fa me” followed by one with a photo of the gun (not making this up) saying “I hid the pole, here’s my hiding spot.”

Previously convicted of assault, McNeil is on $50,000 bond for aggravated unlawful use of a weapon, possession of a firearm with a defaced serial number and criminal trespass.

His story reminds us of this Key and Peele classic.