The Pedersen Device was a wonder weapon that turned the standard Springfield 1903 into a semi-auto pistol-caliber rifle with a bulky 40-round mag.

Mr. Pedersen’s idea was a very simple top loading, blowback-operated pistol without a grip. Its barrel was the exact size, shape, and length of the standard .30-06 M1906 cartridge case. All the soldier had to do was pull out the regular turnbolt of his Springfield and any .30-06 ammo, insert the Pedersen Device, attach the device’s 40-round magazine, and let her rip. The device used the host rifle’s trigger group, sights, barrel, and stock. The device would cycle new rounds, and eject spent cases through a small port cut in the side of the rifle. 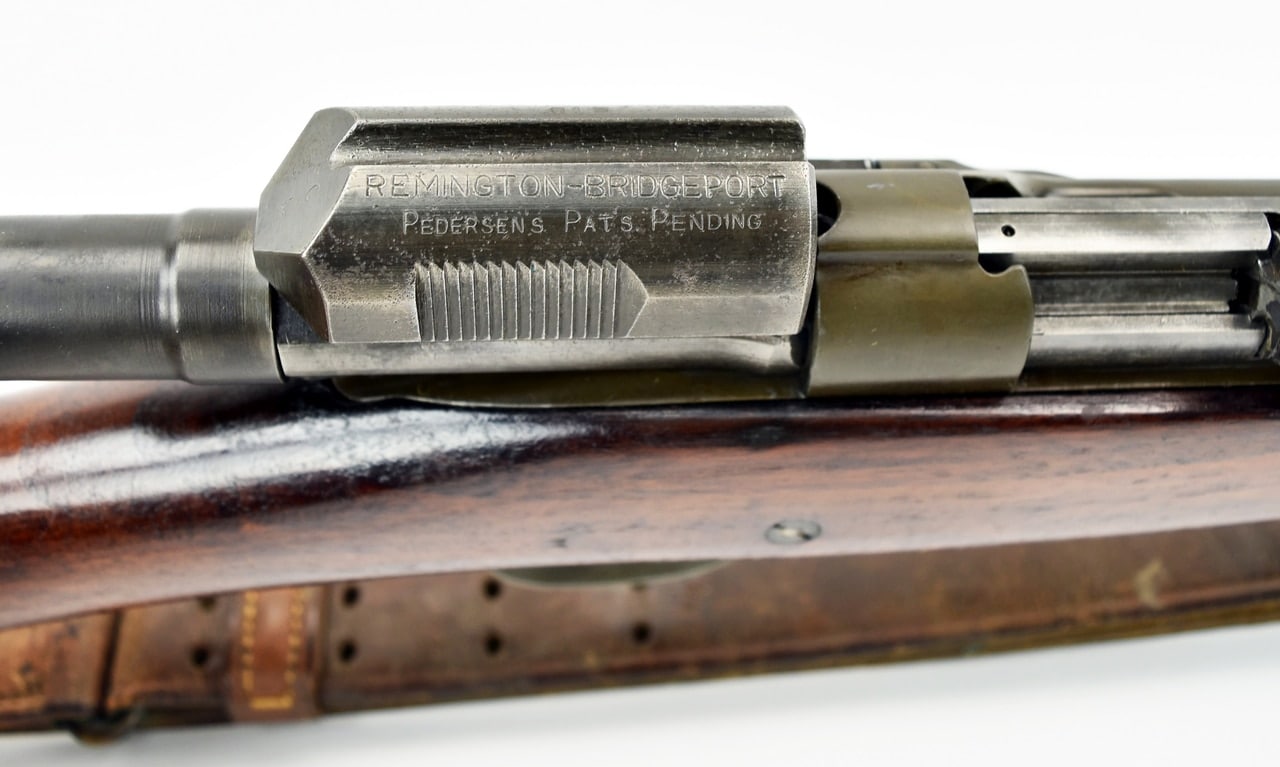 Closeup of a legit (and uber rare) Pedersen Device installed on a M1903. (Photos: Collector’s Arms)

Other modifications to the rifle were to the sear, magazine cut off, and trigger to allow the regular bolt or the Pedersen device to be used interchangeably. In tests a trained infantryman could rip off two full magazines in less than a minute—a 500 percent increase in the Springfield’s rate of fire.

To accommodate the device’s short action (it had to fit completely in the space occupied by the Springfield’s original bolt), it fired a short .30 caliber pistol sized round. This 7.62x20mm round, a cross between .32 ACP and the WWII-era .30 Carbine loads, held a 80-grain bullet over 3.5 grains of bull’s-eye powder which gave a blistering 1300fps out of a rifle barrel. This allowed the Pedersen device rounds, although pipsqueak in size, to still be lethal and accurate enough to reach out to 300 yards.

Overall, the device added 1.75 pounds to the weight of the standard Springfield rifle, but, best of all, all the all the infantryman in the field had to do to convert back over to .30.06 was pull out the device and insert the regular bolt and ammo. Two guns with the weight of one!

Of course, WWI ended before the Pedersen could be fielded in great numbers, and the lean peacetime Army brass decided it wasn’t worth keeping so most ended up smashed or burned in the 1920s, hence their great rarity today.

Ian with Forgotten Weapons.com has a great period “briefing” set up for the average Doughboy to better understand their MK I converted Pedersen-Springfield in the video above and in the images above and below you see a beautiful MK I from over at Collectors Firearms, where it is available for just $39,999. 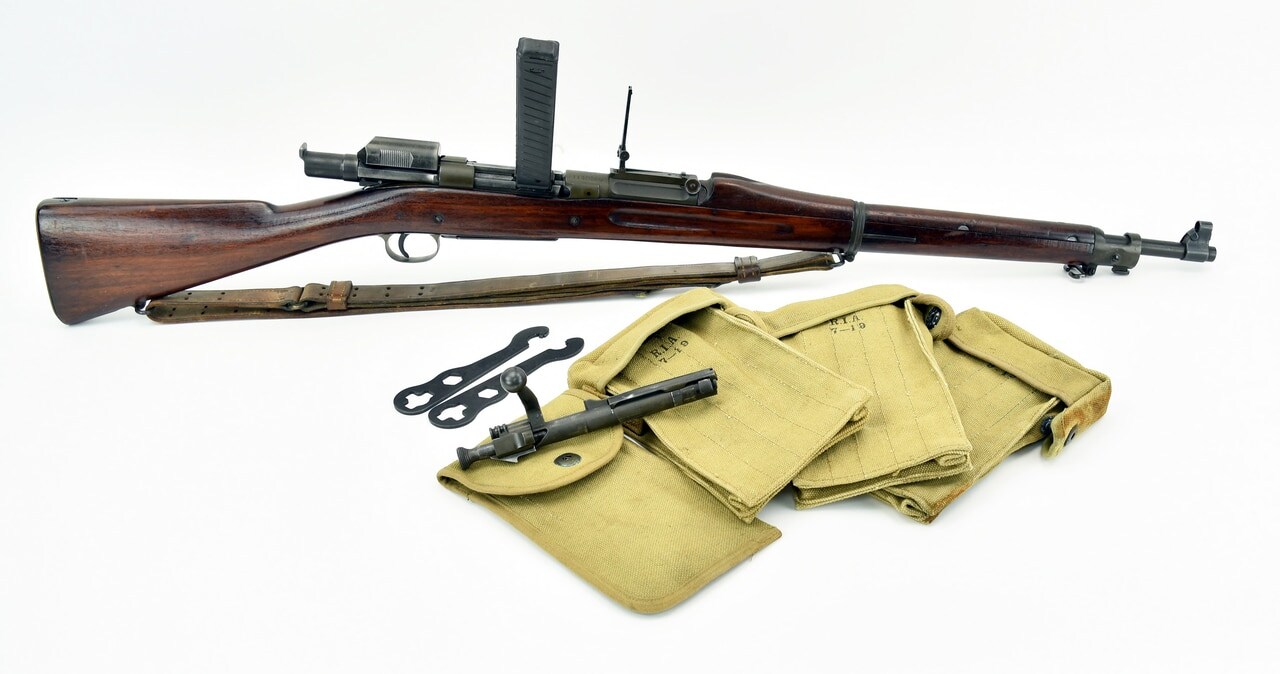