Suspect with 13 prior arrests shot during armed robbery 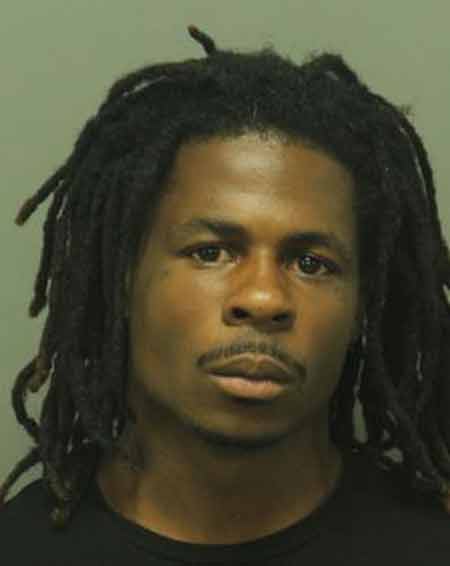 A man with a lengthy criminal history is recovering from a gunshot wound after he robbed two men at gunpoint inside a North Carolina restaurant early Saturday morning, only to have one of the intended victims turn the tables on him.

According to a news release from the Garner Police Department, the two men were working inside the Buffalo Brothers restaurant when the two suspects, both armed with handguns, walked inside and announced a robbery just before 5 a.m.

As one suspects collected cash, the second suspect, later identified as 23-year-old Jessie Martin McLaurin of Raleigh, became engaged in a scuffle with one of the victims. During the altercation, shots were fired and McLaurin was struck by at least one bullet. Police did not indicate whether the gunshots came from McLaurin’s gun or whether one of the victims was armed with his own weapon.

Once shots were fired, the second suspect fled from the scene with an undisclosed amount of cash, leaving his wounded accomplice behind.

When police arrived on the scene, McLaurin was transported to the hospital to receive treatment for his injuries. The two victims were not harmed during the incident.

Authorities confirmed that the two victims were not employees of Buffalo Brothers, which was closed at the time of the robbery, but rather contractors hired to do work on the interior of the business. Likewise, the police department did not say whether the cash taken by the second suspect was that of the workers or obtained elsewhere in the restaurant.

McLaurin, who according to records has been arrested and convicted on 13 prior occasions, now faces additional charges for robbery with a dangerous weapon and possession of a firearm by a felon. A handgun, believed to be used by McLaurin during the robbery, was recovered at the scene.

The second suspect is described as a black male in his 20s, standing about 5-foot-9 to 5-foot-10 tall with a thin muscular build. He has short hair and possibly some facial hair. He was last seen wearing dark pants and a dark long-sleeved shirt and was carrying a handgun.

Investigators are looking into the possibility that McLaurin and his accomplice may have been responsible for other similar crimes that have occurred in nearby areas.