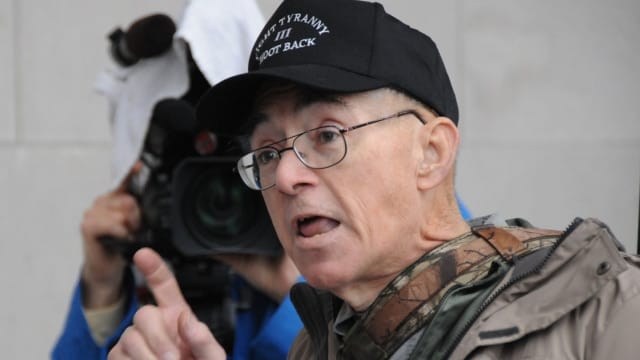 Mike Vanderboegh, who ran the popular Sipsey Street Irregulars website and helped expose the ATF’s gunwalking program has passed away after a long fight with cancer at age 64.

The Sipsey blog posted news of his passing Wednesday, saying, “Mike Vanderboegh, husband, father of three, and founder of the movement passed peacefully in his beloved Alabama home today.”

His son, a military veteran, took the reins of the blog earlier this year as Vanderboegh concentrated on his final arrangements.

“Mike continued to give everything after so much had been taken away by the illness,” noted the site. “Through his struggle he became a symbol of what can be accomplished if we only have the indomitable will to make it happen. Through his words he was able to breathe life into the sails of a resurging Patriot movement. His work may be done, but for those that remain, it is just beginning.”

Project Gunwalker was first discovered by David Codrea and Vanderboegh in 2010 who made their findings available on CleanUpATF.org, which in turn led to assertions they were contacted by ATF insiders who corroborated claims of the effort to allow illegal firearm purchases to proceed in the interest of following the guns across the border.

Over the years, he was an ardent opponent of increased gun control measures and traveled the country giving electrifying speeches at protest events equating President Obama to King George III among other pronouncements.

In 2015, Guns.com spoke with Vanderboegh on the cusp of an event in Washington state which pledged non-compliance with the Evergreen State’s controversial new expanded background check mandate on private gun transfers and he was frank with his belief that non-compliance is a logical step to help defeat draconian gun laws.

“In each of the states – Connecticut, New York, Maryland, Colorado, Washington state and now Oregon these laws have been nullified by quiet campaigns of non-compliance. We have publicly defied them, resisted them, evaded them, smuggled in forbidden items and dared the politicians to do anything about it and to date they have not known whether to defecate or go blind,” Vanderboegh said. “We have declared that our God-given, natural, and inalienable rights to liberty and property are not subject to negotiation. The question is not why are we going to be in Yakima defying Bloomberg’s purchased tyranny. The question is, why are you not?”

Gun control groups and left leaning pubs were no fan of Vanderboegh, with Denver Westworld once naming him “Schmuck of the Week” for his plan to bring 30-rounds mags into Colorado after the great magazine ban and the Coaliton to Stop Gun Violence regularly blasting him.

The Southern Poverty Law Center branded Vanderboegh an extremist whose “Sipsey blog was his ticket to notoriety, as well his unbridled soapbox to blast the Obama Administration, the Bureau of Alcohol, Tobacco, Firearms & Explosives, Bill Clinton or any supporter of tougher gun-control laws.”

Which is a description that many in the Second Amendment community would hold as a good day’s work.

The Connecticut Citizens Defense League, among others, on Wednesday posted tributes to Vanderboegh.

Mike Vanderboegh, husband, father of three, and founder of the III% movement passed peacefully in his beloved Alabama…