Man charged with murder after ‘warning shot’ hits man outside 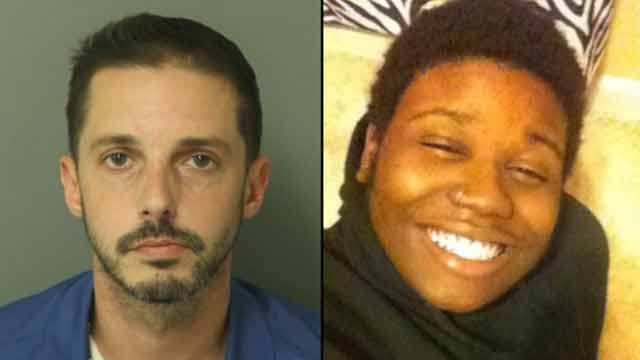 A North Carolina man is charged with murder after he shot another man outside of his Raleigh home early Sunday morning. However, he claims he did not intend to shoot anyone, but was only firing a warning shot.

The incident began shortly before 1 a.m. when Chad Cameron Copley, 39, who only identified himself as a member of the neighborhood watch, called 911 to report there were “a bunch of hoodlums” outside racing. Copley informed the dispatcher that he and his neighbors were “locked and loaded” and going to “secure” their neighborhood. When the dispatcher questioned the Copley’s intentions, he suggested the group was responsible for vandalism in the area and were also armed with guns. The dispatcher tried to get more information, as well as a location from Copley, but he said no and indicated the police knew the area before the call ended.

A few minutes later, multiple reports of gunfire came into the 911 center. Most of the calls were cut short and included inaudible conversations.

“We have a house … we have a lot of people outside of our house yelling and shouting obscenities. I yelled at them ‘please leave the premises.’ They were showing firearms, so I fired a warning shot and we got someone that got hit,” said one caller, who was later identified as Copley.

Copley went on to tell the dispatcher, “I fired my warning shot like I am supposed to by law. They do have firearms and I am trying to protect myself and family.”

When police arrived a short time later, they found 20-year-old Kouren-Rodney Bernard Thomas suffering from a gunshot wound outside of Copley’s home. He was transported to the hospital where he was pronounced dead.

An investigation determined Copley was standing inside his garage when he fired a single shot from his shotgun. Thomas was with a group of people who were standing outside of Copley’s residence and when Copley fired, he struck Thomas. Authorities did not say whether Thomas or any of those who were with him were armed as Copley had indicated in the 911 calls.

Following the investigation, the Raleigh Police Department arrested Copley, who was charged with murder. He is currently being held at the Wake County Detention Center without Bond.

According to reports from a local CBS affiliate, Jalen Lewis lives two doors down from Copley’s house and was having a party on the night of the shooting. Lewis said Thomas was one of about 50 guests at his home that night, but said none of them were causing any trouble.