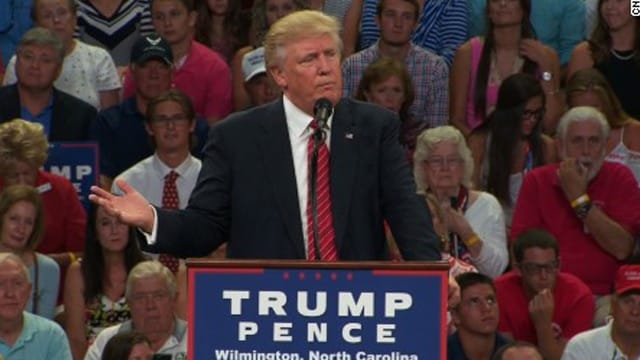 The Secret Service, the agency tasked with protecting the president and presidential candidates, said it’s aware of “the comments” made Tuesday afternoon.

The agency issued the statement on social media after Republican presidential candidate Donald Trump said “Second Amendment people” could do something about Hillary Clinton during a rally in Wilmington, North Carolina.

The ambiguity of the statement led political opponents to interpret it as a veiled threat against the Democratic presidential nominee. However, it’s unclear if the Secret Service, which investigates even tepid threats against the president, is treating Trump’s comment seriously.

After a backlash, the Trump campaign sought to clarify his statement by saying he meant gun owners, as single-issue voters, will vote against Clinton. Then the campaign blamed the media.

“There can be no other interpretation. Even reporters have told me,” Trump said, following up on his campaign’s statement, on Fox News Tuesday night. “I mean, give me a break.”

Also, the gun lobby pointed to Vice President Joe Biden’s comment toward his running mate then Sen. Barack Obama during the 2008 presidential campaign. Biden said, “If (Obama) tries to fool my Beretta, he’s got a problem.”

Yet, Trump has made several clunky inflammatory comments during his campaign and after receiving criticism, tried to walk them back by either describing them as jokes or extending them to a conclusion. Critics say he should be more responsible with what he says.