14-year-old armed with gun shot dead by officer in L.A. 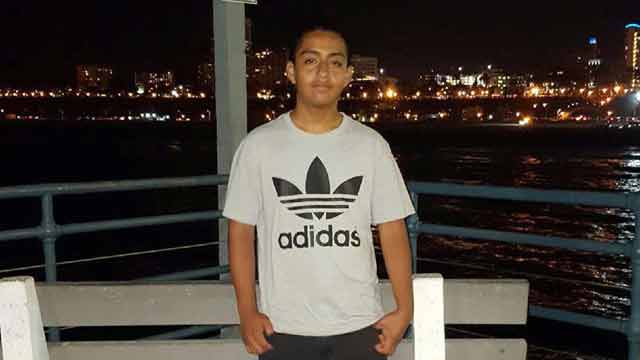 A call about gang graffiti and possible drug activity Tuesday evening led officers with the Los Angeles Police Department on a pursuit through Boyle Heights, before shots were fired and a 14-year-old boy was killed.

The call came in around 5:35 p.m. and officers with the department’s gang detail located two suspects in the area of interest. But once the suspects saw the officers, one suspect who was later identified as 14-year-old Jesse Romero, immediately fled from the scene and a foot pursuit followed.

It was during the pursuit that Romero was killed. However, two eyewitnesses gave conflicting accounts of the moments leading up to the shooting.

According to one witness, officers were chasing Romero when he fired in their direction, and an officer, in turn, shot Romero, who was pronounced dead at the scene.

Officers recovered a loaded revolver, which will be processed for fingerprints and DNA evidence, LAPD Deputy Chief Robert Arcos said in a press conference.

Alternately, another witness said she was stopped at a traffic light in her car when she saw the pursuit. She said as Romero was running he was pulling up his basketball shorts, which appeared to her to be falling down.

As Romero rounded a corner he pulled a gun from his waistband and tossed it toward a fence. The witness said the gun hit the fence and as it fell to the ground, she heard a shot. But she also said after the shot was fired, Romero turned around with what she said appeared to be a startled look on his face. Moments later, the witness said she heard two additional shots, presumably from the officer’s gun, then saw Romero fall to the ground.

The witness contends that Romero did not fire at the officers, but rather the gun accidentally discharged as he tossed it.

The officers involved in the shooting were equipped with body cameras, footage from which is being reviewed, Arcos said.

Authorities declined to comment on whether they believed Romero was responsible for the graffiti or had gang ties. However, Arcos noted that there are 34 known gangs in the area where the shooting occurred.

“While the loss of life is particularly tragic, it is particularly so when the loss involves a youth,” Arcos said. “The tragedy of this event cannot be understated. In a community where violent crime continues to rise, particularly gang crime, this event underscores the need for youth programs and outreach, which could provide opportunities and alternatives for the youth of our community.” 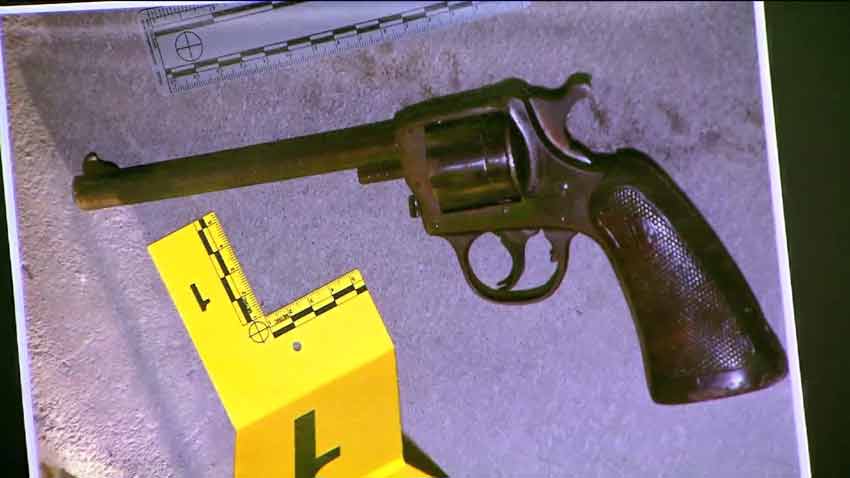 The revolver recovered at the scene and allegedly carried by Romero. (Photo: Los Angeles Times)

Romero’s mother, Teresa Dominguez, said her son had no gang affiliations, was a good student and all-around good person. She said he should not have been killed and she does not know where he would have gotten a gun. Family friend Diane Covarrubias said Romero was making progress with a local program that works with at-risk youth.

Maria Ramirez, who lives close to where the shooting occurred, told the Los Angeles Times that violence in the neighborhood is escalating. She said there’s a need for more programs for at-risk youth, as well as fewer guns on the streets.

“I feel the loss. I have a 16-year-old,” Ramirez said. “But I feel for the officers too. They are overwhelmed.”