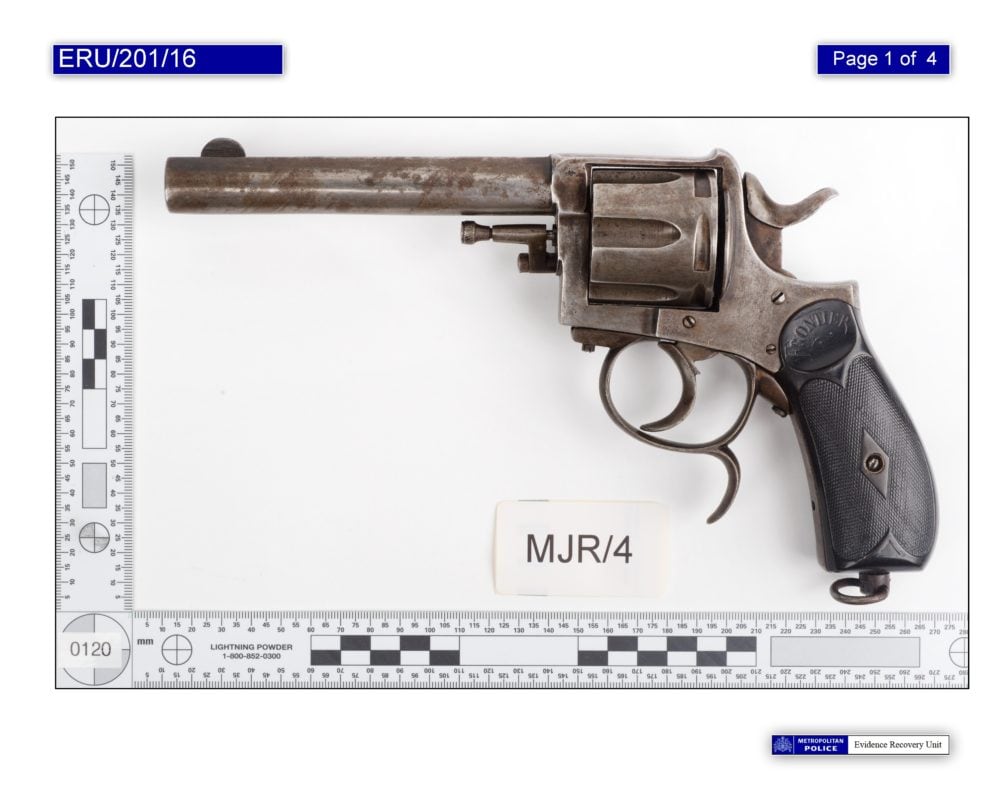 This Belgian golden oldie was found in a bedroom wardrobe in London, and its owner promptly charged (Photos: Metropolitan Police)

A 29-year-old South London man is getting a six year vacation inside one of Her Majesty’s houses of correction for having two revolvers that look like they belong in a museum.

As noted by the Metropolitan Police, Marvin Jones was sentenced at the Old Bailey on Aug. 3 in connection with a search warrant on his home that was carried out in January. During the search, two ancient revolvers, one identified as a Belgian-made .41 caliber “Frontier” and the other a Smith and Wesson top-break, were found in a bedroom wardrobe.

He was the subject of a drug investigation that did not result in a conviction.

Frontiers were made in Liege in the 1880s and generally chambered in 44-40 WCF, which means the Met may have gotten the caliber wrong, or they have a rare specimen. They sold briskly in the U.S. through the Sears and Roebuck catalog for $3.85 (postage paid).

As for the Smith, judging by the squared off trigger guard it may be a S&W .38 Double Action, Second Model, which ended production around 1884. 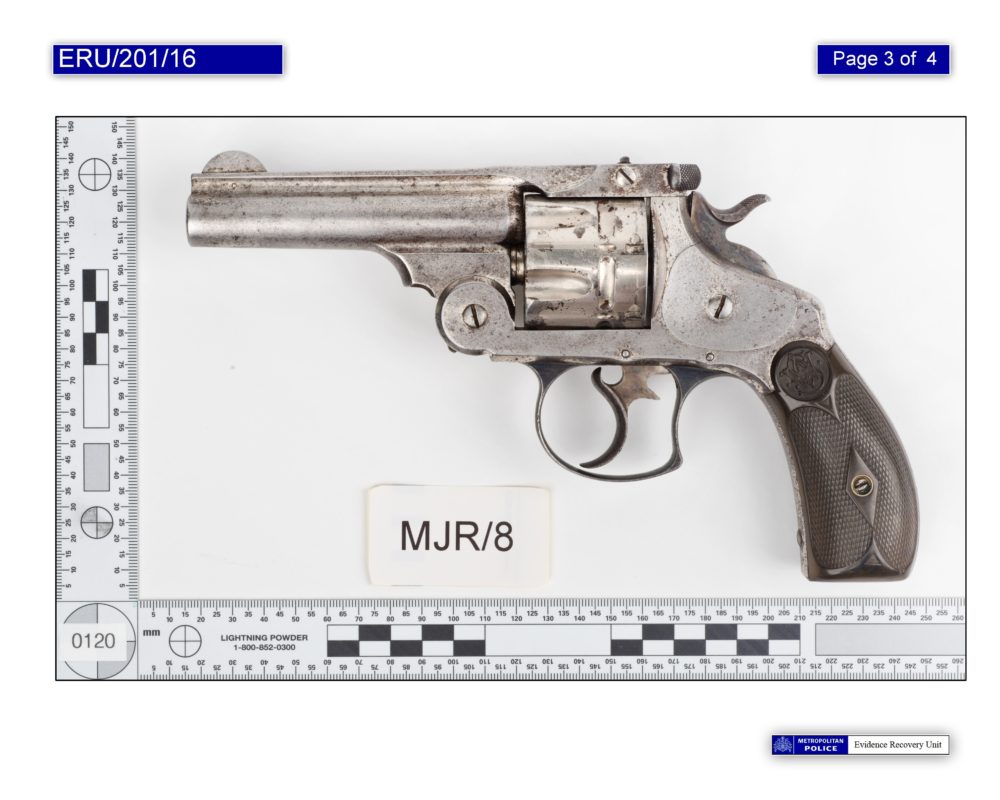 In the States, these are considered non-guns by the ATF due to their pre-1898 date of manufacture. But Marvin was not in the States.

With that, both guns are likely 140~ years old and date back to the gaslight era of Queen Victoria’s and Jack the Ripper.

Marvin’s defense to owning these relics under today’s gun laws in the UK? He was a collector of antiques.

The coppers didn’t buy it.

“Marvin Jones is a dangerous individual and I am pleased that he has been dealt with by the courts. The professional and thorough investigation by officers greatly rebutted his nonsense claim that he was an antique firearms collector,” said Detective Inspector Paul Dorey, from the Trident and Area Crime Command, in a statement.

“Today’s result serves as a reminder to anybody involved in the possession and use of firearms that officers from Trident will actively pursue them and place them before the courts,” said Dorey.