Court: Man wrongfully terminated for having gun in vehicle at work 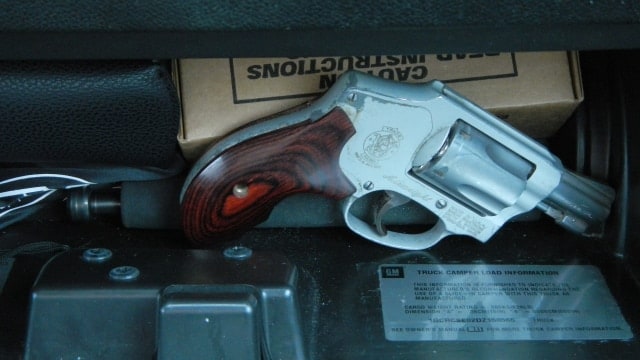 After consulting with the Mississippi Supreme Court, a federal appellate panel found that gun rights surpass labor laws in the case of a Magnolia State man. (Photo: Chris Eger/Guns.com)

A unanimous three-judge panel found on Monday that a Mississippi man could sue his former employer after being fired for keeping a gun in a locked vehicle on the job site.

The U.S. Fifth Circuit Court of Appeals in the case of Robert Swindol v. Aurora Flight Sciences Corporation found that state the Magnolia State’s 2006 law against the prohibition of the storage of legal firearms on employers’ property overrules Mississippi’s 150-year at-will employment statutes.

Swindol worked for Aurora in their Columbus plant but, when company officials found out he had an otherwise legal gun inside his vehicle in a company parking lot, fired him the same day for violating company firearm policies. Aurora then convened a plant-wide meeting during which the site human resources manager told employees Swindol was a security risk over the incident and advised them to call 911 if they saw him near the property.

This led the former employee to file suit in U.S. District Court for wrongful discharge and defamation, which was rejected.

On appeal to the Fifth Circuit, the federal court tapped in the Mississippi Supreme Court, asking if the newer firearm protection trumps the state’s labor laws, to which the state court replied in March that, “While Mississippi is an at-will employment state, that doctrine is not absolute,” and that the gun law came out on top. As such, holding that Aurora’s firing Swindol over the gun was “legally impermissible.”

Fortified with that and an amicus brief from the National Rifle Association in Swindol’s favor, the Fifth Circuit panel found in their August 8 ruling that the district court’s dismissal of his wrongful discharge was wrong.

“Swindol alleges he was terminated when Aurora enforced a legally impermissible firearms policy against him, and he seeks damages,” wrote Judge Leslie H. Southwick, a 2007 appointment by President George W. Bush, for the panel. “Based on the Mississippi court’s response, we conclude that Swindol has stated a claim for wrongful discharge under Mississippi law.”