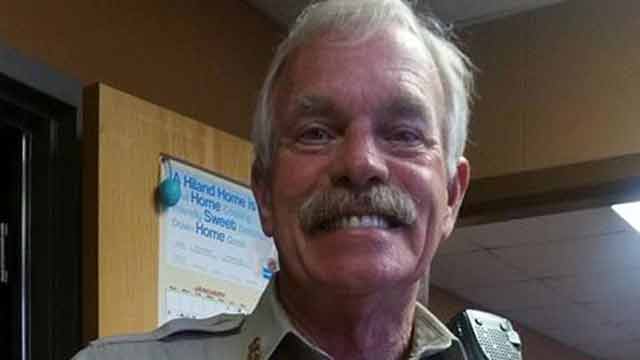 Corporal William Cooper had been with the Sebastian County Sheriff’s Office for 15 years before he was killed in the line of duty Wednesday. (Photo: SCSO)

One officer was injured and another killed after a suspect opened fire on law enforcement responding to a disturbance call in Greenwood, Arkansas, Wednesday morning.

Police received the call about 7 a.m. from a man who said his son, Billy Monroe Jones, 35, showed up at his home, took some tools and pulled a gun on him. Officers arrived on the scene about 10 minutes later, but things quickly escalated.

According to Sgt. Daniel Grubbs with the Fort Smith Police Department, the officers “were basically ambushed.” Grubbs said it appeared Jones was waiting for the officers to arrive and had full intentions to inflict violence.

Jones, who was armed with a rifle and wearing a ballistics vest, opened fire on the responding officers. Once shots were fired, multiple surrounding agencies responded to the call. Altogether, about 300 law enforcement personnel were on the scene.

Sebastian County Deputy Bill Cooper was shot in the neck and Hackett Police Chief Darrell Spells was grazed by a bullet to his head. Jones apparently kept firing even after the two officers were shot and engaged in a several hours-long standoff.

Meanwhile, according to reports from local media, other officers put themselves in harm’s way in order to get Cooper and Spells the medical attention they required. Grubbs said the injured officers were “pinned down” for quite some time.

Both men were transported to the hospital. Spells was treated and released several hours later. Cooper underwent surgery, but despite efforts to save him, died shortly after 1 p.m., the Sebastian County Sheriff’s Office confirmed. 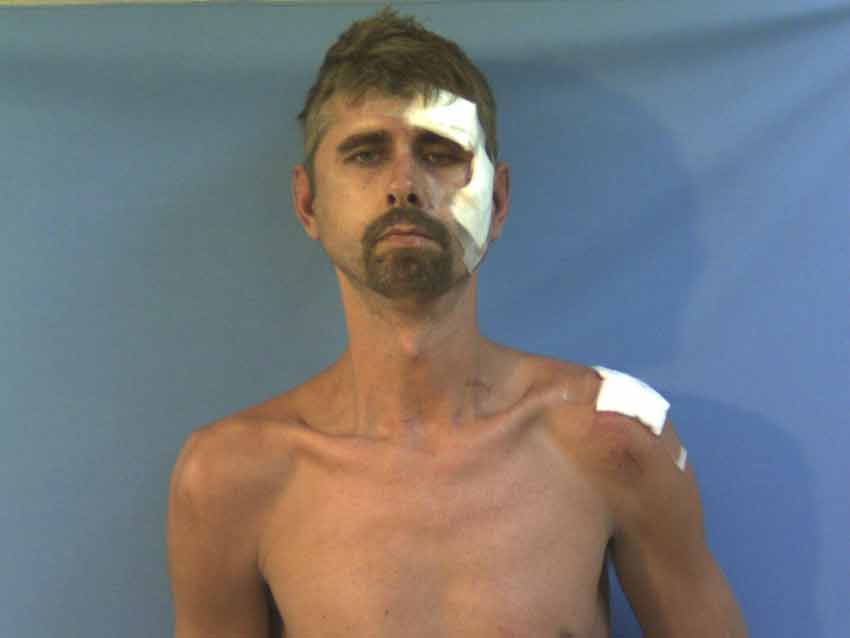 Billy Monroe Jones did not appear to be seriously injured. (Photo: SCSO)

Jones, who was due in court the morning of the incident for a petition to revoke a suspended sentence, eventually surrendered just before noon. Sebastian County Sheriff Bill Hollenbeck said Jones waved a white towel out of a window, then walked outside with his hands up and got on the ground and laid down to be handcuffed.

He was taken into custody without further incident. Jones, who has prior gun and drug charges, is currently facing two counts of felony first-degree battery and possession of firearms by certain persons, but more charges will be added to his rap sheet.