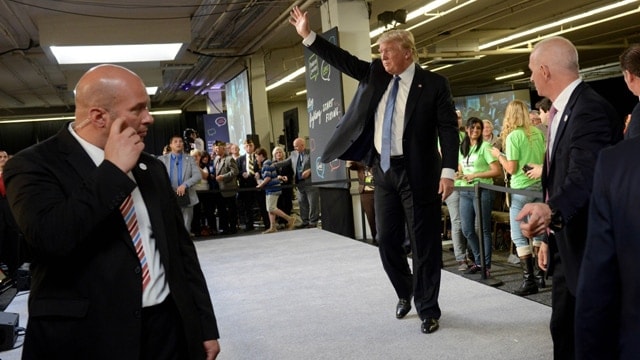 The Secret Service on Thursday neither confirmed nor denied a report about an official sit down with Donald Trump regarding his comment that “Second Amendment people” could take action against Hillary Clinton.

An official told CNN that the agency has spoken to the Trump campaign regarding the comments, another official told Reuters that no such meeting occurred, and on the phone with Guns.com the agency reaffirmed its official stance that it is “aware” of the provocative Republican nominee’s comments.

However, all three responses suggest the agency does not believe Trump intended to incite violence against Clinton but understands how his ambiguous comment could have been interpreted. The official described the Secret Service, a 151-year-old agency tasked with protecting the president, presidential candidates and other executives, as “apolitical.”

“Hillary wants to abolish — essentially abolish — the Second Amendment. By the way, if she gets — if she gets to pick her judges: Nothing you could do, folks — although the Second Amendment people, maybe there is,” he said to a crowd on Monday in Wilmington, North Carolina. “I don’t know. But I’ll tell you what: that will be a horrible day — if, if Hillary gets to put her judges.”

Political opponents interpreted the statement as if gun rights supporters would take up arms if Clinton, as president, appointed an anti-gun Justice to the Supreme Court. However, after a backlash, Trump’s campaign, as it often does, issued a press release clarifying that he meant they would take action by voting.