We give you, a Deadpool themed Colt New Agent 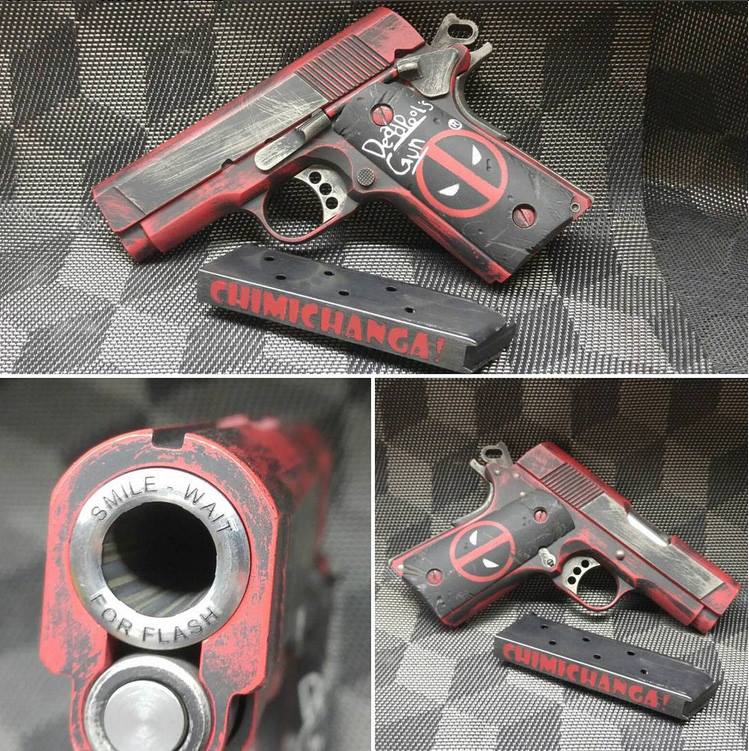 The guys down at Whiskey Tango Firearms in Sarasota, Florida are apparently big fans of the Merc with the Mouth.

A manufacturing FFL, WTF came up with this Colt New Agent 1911 in a battle-worn Deadpool theme complete with “Smile, Wait for Flash” barrel engraving by Accubeam in Sarasota, cartoon script “Deadpool’s gun” logo grips, chimichanga mag and just enough wear to make it look like it’s been to Francis and back.

Sure, we get it, you probably don’t want to carry this novelty .45 ACP into a defensive gun use and have it boomeranging back in court with an evidence tag on it, and right now someone is yelling at the screen, “THIS! This is why people hate gun people,” while some other guy tunes up the, “this sets a bad example for children to want to play with guns, especially if it is not secure,” sousaphone (because you can’t get free gun locks anywhere, aimirite?).

But other than those three detractors, we keep throwing cash at the computer screen and yet it’s still not here.

The beautiful thing is, they are starting to take pre-orders now for these given the outpouring of love by those who know what’s up.

Gettin' all kinds of press off this:I'm starting pre-orders for people interested in a New Agent Deadpool… so e-mail…