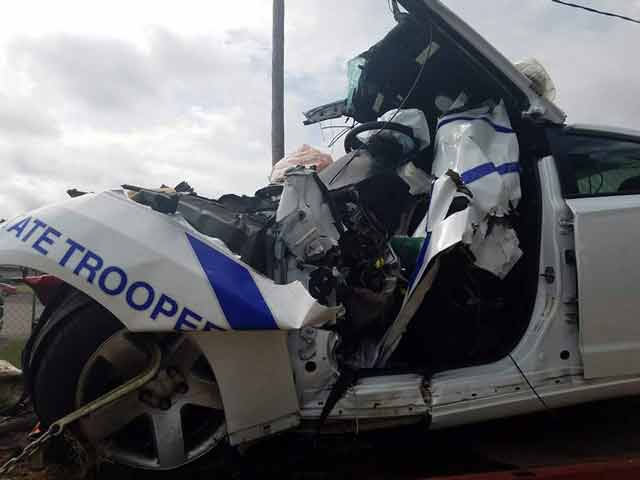 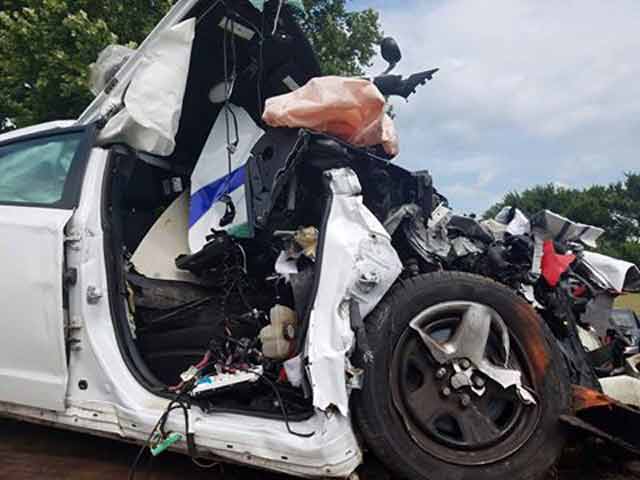 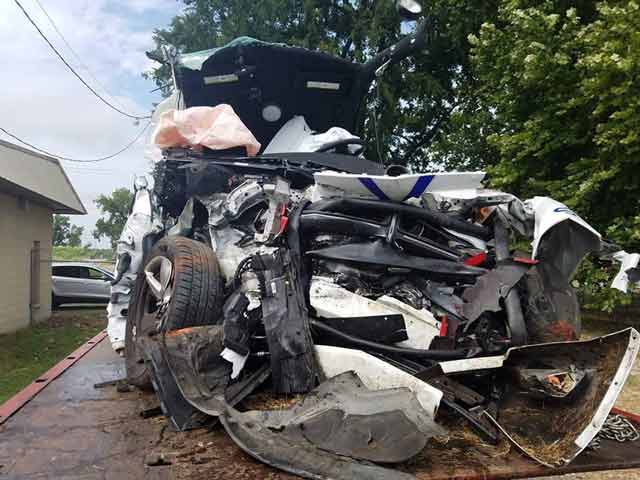 A 24-year-old man was killed after he hit a state trooper head-on near Alma, Arkansas, early Monday morning while driving the wrong way down the interstate.

Police received a call about the unsafe driver around 3:35 a.m. While responding to the call, Trooper First Class Roy Moomey, 41, with the Arkansas State Police, was hit head-on. Matthew C. Choate, 24, of Fort Smith died in the crash.

The incident is still under investigation, but Crawford County Prosecutor Marc McCune said in a statement that Choate was believed to be intoxicated at the time of the crash. However, State Police have yet to officially confirm that detail and toxicology tests have not been completed.

Regardless of the details, the state in which the trooper’s car was left is nothing short of jaw-dropping.

Moomey suffered two broken legs, a broken ankle, a broken pelvis, broken ribs and a punctured lung, as well as a broken wrist and fractured vertebrae. He was last listed in serious but stable condition. He is expected to make a full recovery, albeit a long one.