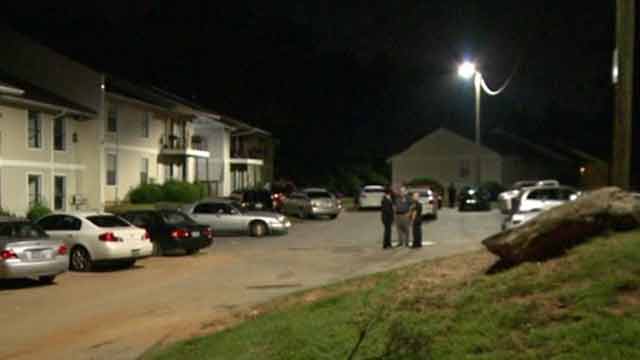 A gathering to remember a deceased loved one at an apartment in the College Park area of Atlanta early Sunday morning led to a triple shooting, the last shot of which authorities said appeared to have been fired in self-defense and defense of others.

At some point during the get together, 59-year-old Robert Wright became engaged in an argument with another person. The argument apparently escalated and Wright retreated to a back bedroom to retrieve a weapon.

Wright returned with a gun and another family member tried to disarm him. While the two struggled to gain control of the gun, shots were fired and the family member was struck in the chest.

At that point, others who were at the home heard the commotion, College Park Police Maj. Lance Patterson said, and according to reports from the Atlanta Journal-Constitution, several other individuals tried to take the gun from Wright. But Wright broke away and then “began firing indiscriminately,” Patterson said. Another family member was struck in the head as Wright fired.

By that time, another family member retrieved his own weapon and, fearing for his safety and the safety of others, shot Wright, who died at the scene.

Patterson said alcohol was likely a factor in the incident and confirmed that Wright, as well as the person involved in the original altercation, had been drinking that day. An autopsy, which will include a toxicology report, was scheduled to be performed on Wright.

The other two individuals who were shot survived, and Patterson said that although charges are possible for the man who shot Wright, they are not likely, as he acted in defense of himself and others.

Willie Grier, who lives in the apartment complex where the shooting occurred, told reporters with a local NBC affiliate that violence is common there.

“It’s nothing unusual to me,” he said. “A lot of stuff goes on in this area.”

Cedric Jackson said he heard the gunshots over the weekend, snatched his grandkids out of bed and told them to get down.

“Bullets don’t have a name of them,” he noted. “We’re not trying to get anybody hurt over here.”