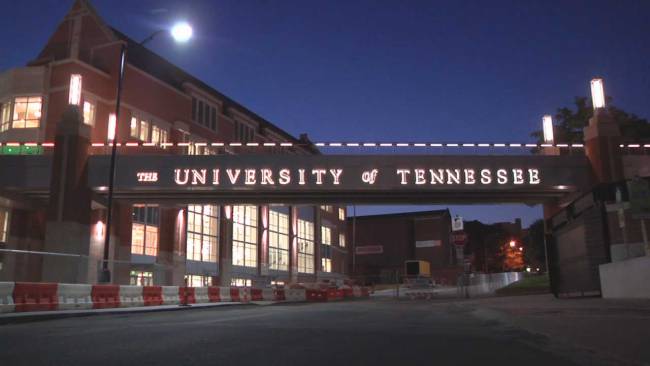 The University of Tennessee in Knoxville reported a small number of concealed carry faculty. (Photo: WATE)

Tennessee’s controversial campus carry bill went into effect last month and universities across the state are reporting a small contingent of staff taking advantage of the new law.

Out of roughly 27,000 total eligible employees in the state, most schools reported under 10 percent enrollment in their campus carry programs since July 1.

The University of Tennessee in Knoxville had the highest faculty turnout. The university told Guns.com in an email that 111 full-time employees have applied to carry on campus. The school has over 1,700 full-time faculty.

Austin Peay, located in Clarksville, said 24 out of 900 employees applied to conceal on campus since the July 1 start date.

The University of Memphis, which employs 2,400 full-time faculty and staff, told Guns.com that 26 staffers were set to carry when school begins later this month.

According to a Tennessean, two other universities in the state reported a similar trend. Middle Tennessee University had roughly 15 to 20 applicants while 11 staffers signed on at East Tennessee State University. Both schools employ roughly 2,000.

The carry bill, SB 2376/HB 1736, landed on state Gov. Bill Haslam’s desk in May. Haslam, in a surprising move, did not sign the bill, but rather sent it back to the General Assembly with a letter explaining why he would allow it to become law sans his signature.

“I have long stated a preference for systems and institutions to be able to make their own decisions regarding security issues on campus, and I again expressed this concern throughout the legislative process this year,” he said, according to The Tennessean.

“Although SB 2376 does not go as far as I would like in retaining campus control, the final version of the bill included input from higher education and was shaped to accommodate some of their concerns,” the letter continued.

Employees were able to start carrying as of last month so long as they applied with either campus police or local police departments.

Although the bill does allow full-time faculty members to conceal carry while on school property, there are restrictions on where employees can carry. For example, faculty who granted concealment permission cannot carry at school sponsored sporting events or during meetings where job performance is evaluated.

Anti-gun advocates came out swinging in opposition to the bill, with some claiming the new measure makes them feel unsafe.

“If this passes, expect an exodus-like event of your top scholars. We will take our grants, our doctoral students, and our (résumés) to another university. UT can say goodbye to its dreams of Top 25 ranking,” read one comment from the poll.

“I think some of these people need to take their medication,” said Bell during a Senate floor discussion. “Maybe this will give UT a chance to hire some conservative teachers if we have a mass exodus of some of these liberals who responded to this.”

“I think it’s important that we exercise our constitutional rights whether we’re on campus or otherwise,” Holt said.

Though some smaller universities without dedicated police forces voiced headaches at navigating implementation of the measure, most large universities saw no major issues.

“Our biggest challenge with this is not necessarily having the guns on the campus,” Roane State Community College Police Chief Tom Stufano said. “People having guns is not the issue, it’s when they use the guns that’s the issue.”

Stufano told The Tennessean in June that he will continue to remind employees that a gun should be the last resort, a sentiment law enforcement across the board share.