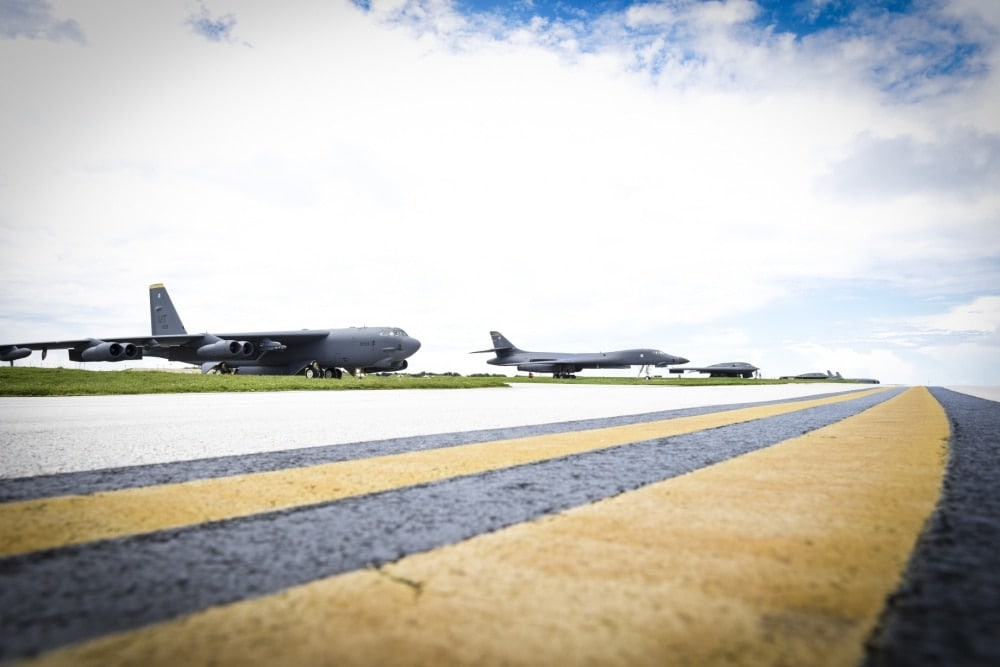 Something you don’t see very often, especially outside of CONUS: a B-52, B-1 and B-2 on the same flightline (Photos: Tech. Sgt. Richard Ebensberger/USAF)

The USAF currently maintains a small but strategic bomber force made up of three different types of aircraft. All three made an appearance in Guam this month.

Andersen Air Force Base, Guam is home to what is termed by the Pentagon as the U.S. Pacific Command Continuous Bomber Presence or CBP. Typically this is a rotating force of either B-1 “Bones” and B-52 “Buffs” from the States to provide tangible forward presence to allies and partners in the region and a moment of pause to regional tough guys.

After all, nothing says “maybe I shouldn’t” like some heavy bombers parked next door.

The current CBP force, composed of B-52s, is being swapped out for B-1s, and, just to make things interesting, the USAF sent a force of thee B-2’s on a Bomber Assurance and Deterrence deployment by to hang out for awhile.

According to the Air Force, this marks the first time in history that all three of Air Force Global Strike Command’s strategic bomber aircraft are simultaneously conducting operations in the U.S. Pacific Command area of operations. 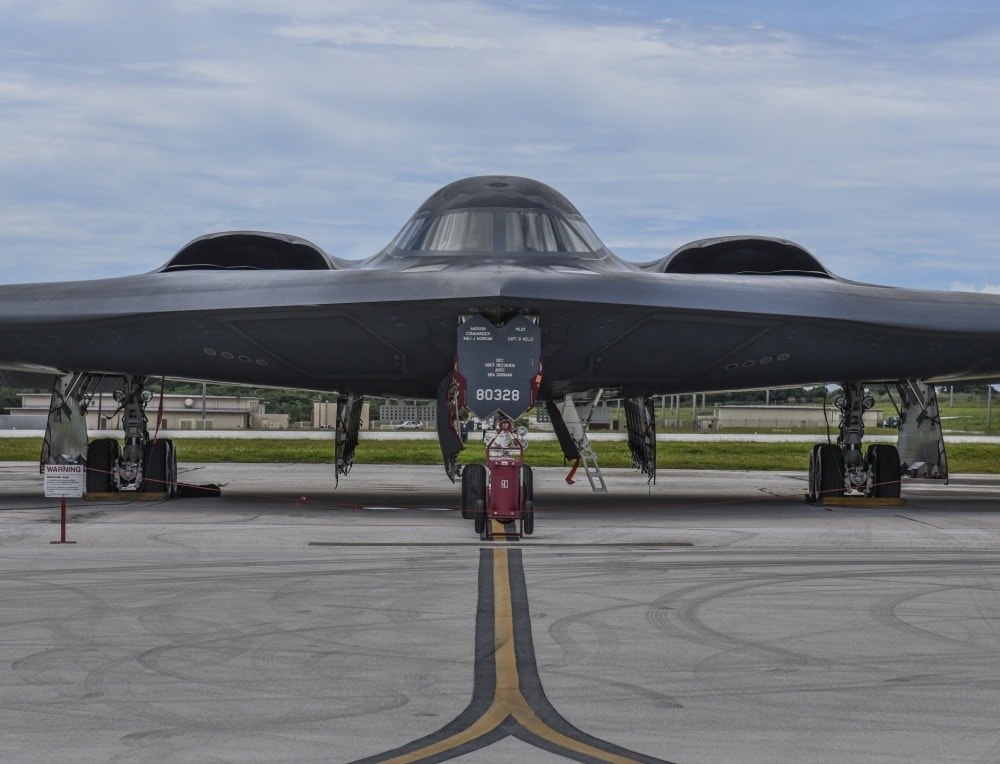 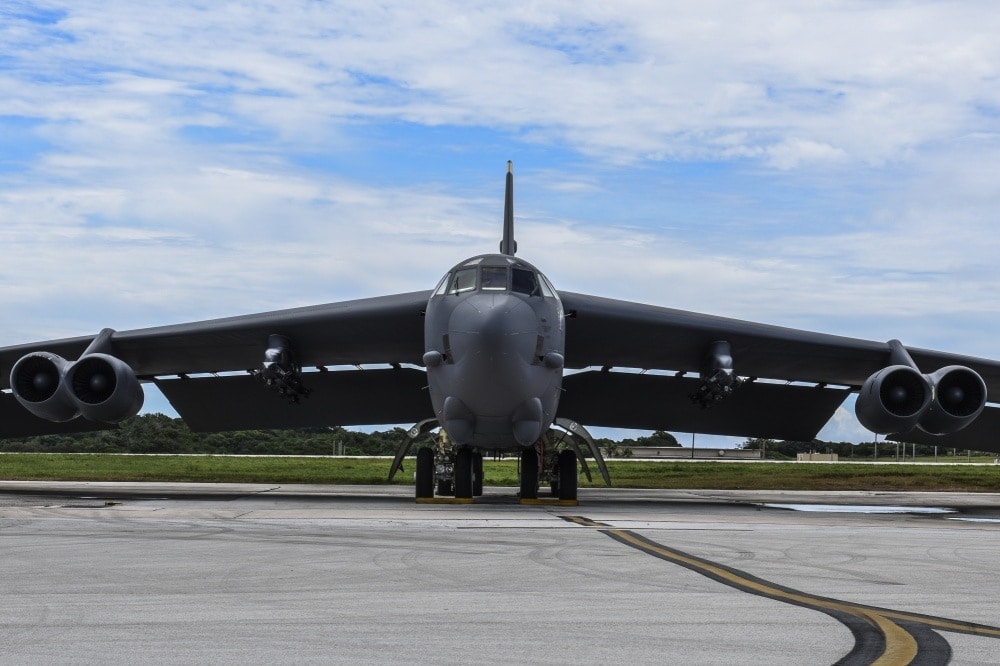 Although out of production since 1962, the Boeing B-52 Stratofortress just keeps on ticking. 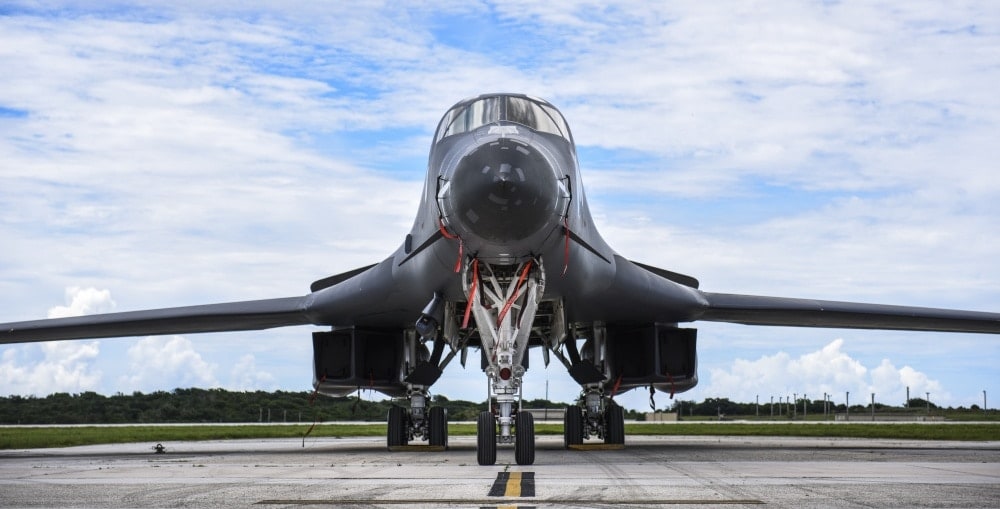 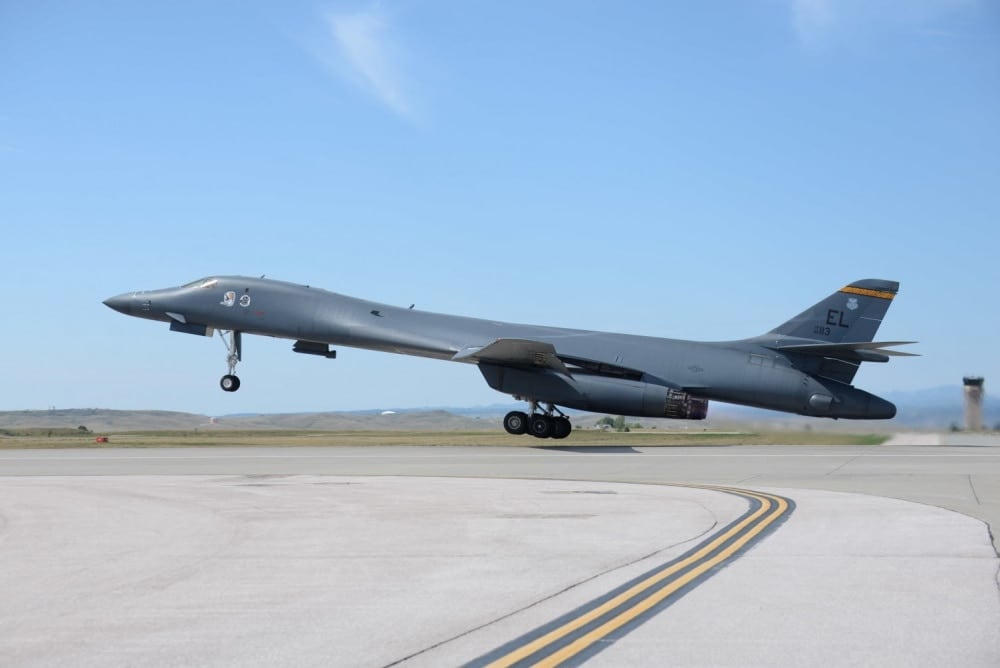 The Bone takes to the thick Pacific air 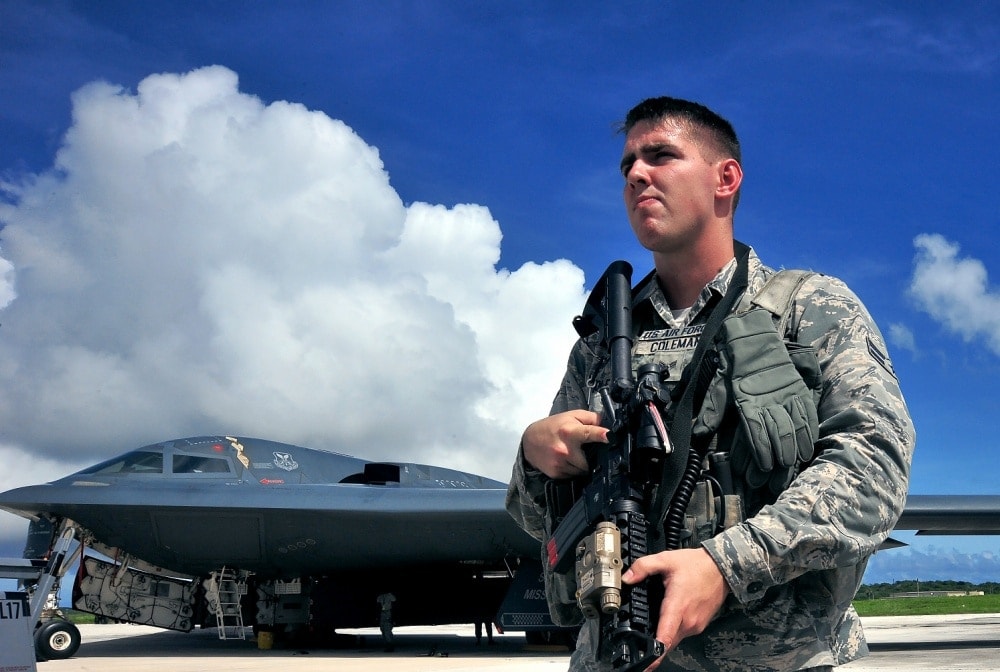 This guy doesn’t look like he could take a joke. At least not while on flightline duty.