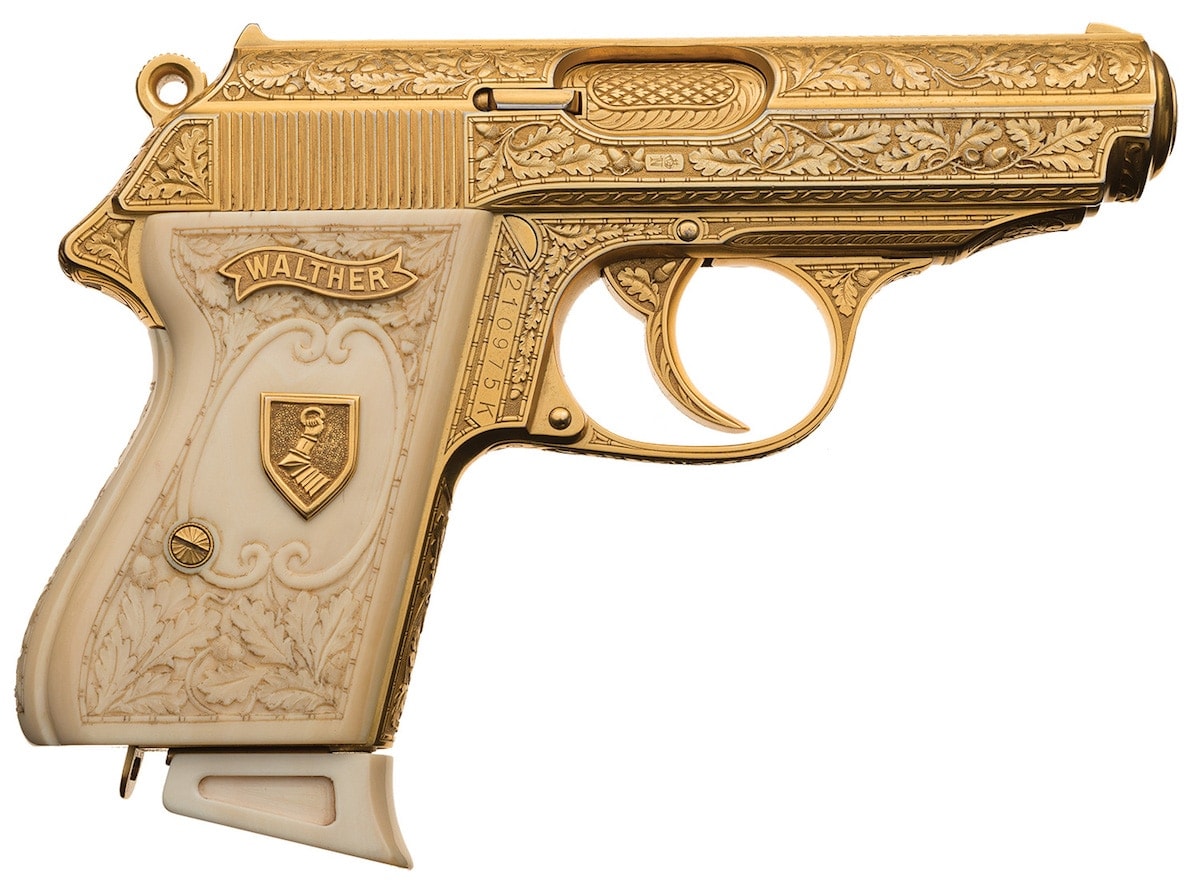 A firearm auction house drew the ire of anti-gun activists conflating a pistol auction with a fundraising initiative for the National Rifle Association.

The Rock Island Auction Company was bombarded with angry emails, comments and threats after activists tied the company’s upcoming auction of a pistol originally owned by a Nazi officer with a donation matching endeavor launched earlier this year.

“Rock Island is selling the gold handgun of Herman Goering, the notorious Nazi war criminal, for between $250-400K. Simultaneously, they are raising money for a ‘Freedom Challenge’ for the NRA. Auction Group President Kevin Hogan is ready to match private donations to the NRA up to $1 million,” 1Pulse4America director and anti-gun activist Ladd Everitt posted to his Facebook page. “Not a single cent of this money should go to the NRA.”

The auction house fired back at Everitt in a lengthy statement posted on Facebook last week.

“The consignment of this pistol has nothing to do with the Rock Island Auction Freedom Challenge, an online fundraising campaign that supports the Second Amendment,” RIAC said in a statement posted to Facebook. “Like all consigned auction items, the proceeds of this pistol will be paid to the consignor. Rumors stating that the proceeds will go to the NRA are false.”

While no direct proceeds go to the NRA, critics point to seller’s fees and commissions as indirect funds that may tie the Nazi pistol and gun lobby group together.

“So while the money may not be about this gun sale alone, it is part of the package and does therefore mean that the sale of the Goering gun would help raise funds for the NRA,” Eileen Soffer, a former training and chapter manager for Moms Demand Action, commented on Facebook.

RIAC reportedly made $51 million in sales last year and has pledged support to the NRA’s legislative action branch, which lobbies for gun rights in the U.S.

Activist groups such as Betsy Riot and Rabbis Against Gun Violence joined Everitt and 1Pulse4America in demanding RIAC donate all proceeds from the sale to the Holocaust Museum. They argue this prevents any funds — direct or indirect — from lining NRA pockets.

“Rabbis Against Gun Violence is appalled by the manner in which this auction is being held,” the group posted to Facebook. “We also object to having the NRA profit from ‘murderobilia’ and believe that the profits should be donated — perhaps to the United States Holocaust Memorial Museum as suggested by 1Pulse4America.”

While some activists have merely taken to spamming RIAC on social media, others have tied up the auction house’s phone and chat lines. A RIAC spokesperson confirmed to Guns.com they’ve been contacted numerous times over the gun.

The firearm at the center of the controversy is a Walther PPK handgun previously owned by Herman Goering. Goering was an influential member of the Nazi party in World War II and served as a former commander of the Luftwaffe. The gold-plated and ivory carved pistol is on consignment from a private owner and is set to head to the bidding block on Sept. 9. The Walther is valued at between $250,000 and $400,000.

RIAC emphasized that though it is handling the sale of the relic, the company shares no sympathy with the Nazi party.

“We do not condone Nazism or the acts of the Nazi party. We are not selling this pistol to glorify Herman Goering or his disgusting actions,” its Facebook statement said. “This pistol represents the conquering of that evil. It stands as a way to remember, but never to celebrate.”