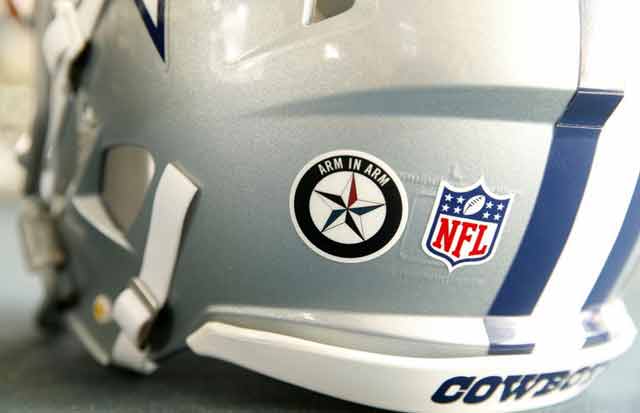 The Dallas Cowboys petitioned to add a small decal to their helmets this season to show support for law enforcement, but the National Football League quickly shot down the idea.

The “Arm in Arm” design was conceived by veteran tight end Jason Witten following the deadly ambush of Dallas Police Officers last month. Excluding the reaction from the NFL, the idea was well-received.

Cowboys executive vice president Stephen Jones told the Dallas Morning News that they understood and respected the NFL’s decision. The team will still be allowed to sport the decals during practices though, just not any regular or preseason games. Failure to abide by the NFL’s uniform policy could result in hefty fines.

But Cowboys owner Jerry Jones said with or without the decal, their support for law enforcement still remains strong.

Witten said the goal all along was to show support for the victims’ families and the Dallas Police Department, as well as to unite the community.

“The decal not being on the helmet is not going to stop that,” Witten concluded.