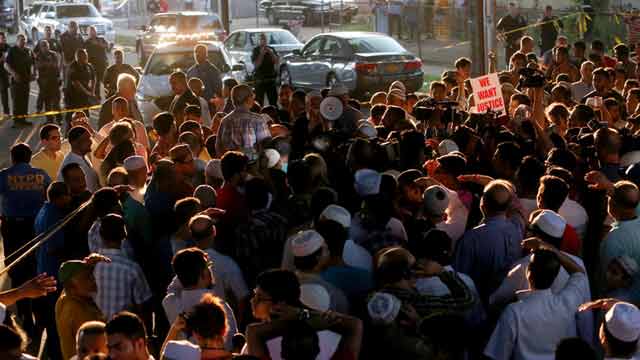 A large group of local residents, religious leaders and other members of the Muslim-American community gathered near a New York mosque this weekend and called for justice. (Photo: Dave Sanders/The New York Times)

Two men were shot and killed Saturday after leaving a mosque in Queens, and soon thereafter a crowd gathered demanding justice for what some are calling a hate crime.

Maulama Akonjee, 55, who was a type of Muslim religious leader known as an imam, and his assistant, Thara Uddin, 64, left the Al-Furqan Jame Masjid mosque in the Ozone Park neighborhood just after 2 p.m. following a prayer meeting.

Surveillance video from a nearby business captured the shooting. Akonjee and Uddin could be seen as they walked down the street, the suspect following closely behind the men. Then, without warning, the suspect pulled a gun and shot them both in the head at close range. 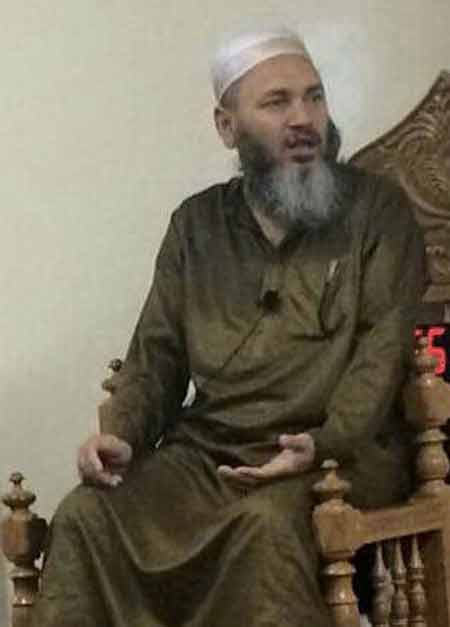 While authorities noted that it appeared the men, who were both wearing religious attire at the time, were targeted, a possible motive has not been released as of late Sunday night. However, robbery does not appear to be a motive, as Akonjee was carrying more than $1,000 in cash at the time of the shooting, none of which was taken. In fact, the video shows that the suspect did not even attempt to rummage through either of the victims’ pockets.

A police official who spoke with The New York Times on the condition of anonymity said he felt the shooting was planned and the victims targeted, although the official did not give clear thoughts on a possible motive.

When police arrived on the scene a short time later, they found Akonjee and Uddin suffering from serious injuries. The men were transported to a local hospital, where both died as a result of their injuries.

Witnesses were able to give a good description of the suspect, and on Sunday, the New York Police Department released a sketch of the suspect. Additionally, the Council on American-Islamic Relations (CAIR), the country’s largest Muslim civil rights and advocacy group, announced that a $10,000 reward would be offered for information leading to the arrest and conviction of the person responsible for the shooting. 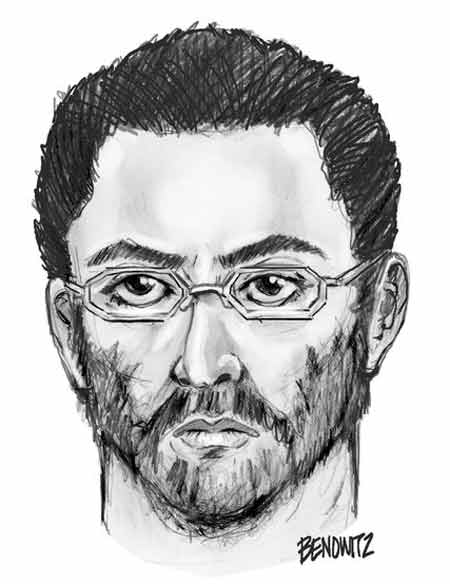 A sketch depicting the suspect believed to be responsible for the double shooting. (Photo: New York Police Department)

“The perpetrator of these senseless killings must be swiftly apprehended and face the full force of the law,” said CAIR-NY Executive Director Afaf Nasher in a statement. “We ask anyone with information about this attack to contact appropriate law enforcement authorities.”

Jamil Kahn, 38, who attended the mosque with Akonjee, described him as quiet and devoted to his religion.

“He just comes to the mosque and comes home,” Kahn told The New York Times, adding that the incident has both neighborhood residents and other Muslims feeling afraid.