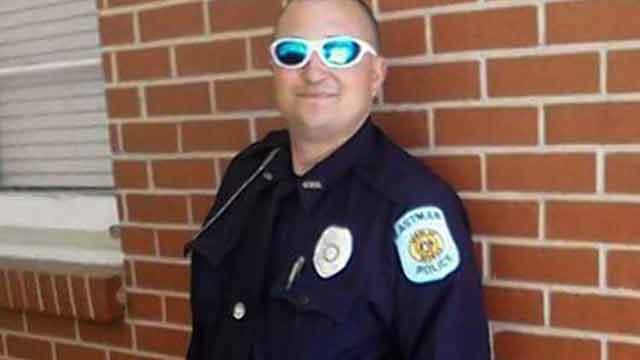 A police officer was fatally shot Saturday night while responding to a 911 call about a suspicious man with a gun in the small town of Eastman, Georgia, about 150 miles south of Atlanta.

Eastman Police Officer Tim Smith was on patrol when the call came in around 9:30 p.m. and went to investigate. He found the subject walking along some railroad tracks, but as Smith exited his patrol car to confront the subject, he was immediately fired upon, the Georgia Bureau of Investigation confirmed. Smith, who was shot during the exchange, returned fire, but the subject was still able to flee from the scene.

Smith was rushed to the hospital, but later died.

Eastman Police Chief Becky Sheffield told WSB-TV that Smith was not wearing his department-issued bulletproof vest. Sheffield noted that during the hot summer months officers sometimes opt not to wear them.

Smith, following in the footsteps of his father and grandfather, had been with the department for five and a half years. He left behind three young children and died two days before his 31st birthday.

Sheffield said the amount of support they have received from their own as well as neighboring communities has been overwhelming.

“You never think it would happen in a town like this, but you never know,” Sheffield added. “It’s sort of a shock, but you know, like I said, every day any of us comes to work, we never know if we’re going to go home at the end of the day.” 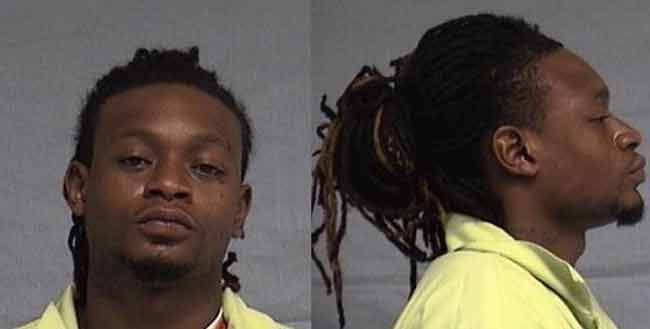 Smith was the first officer from the Eastman Police Department to be killed in the line of duty, the 76th this year nationwide and the 36th killed by gunfire, a number that is, thus far, up 80 percent from last year, according to the Officer Down Memorial Page, which tracks law enforcement deaths.

The shooting prompted a massive manhunt for the suspect, later identified as 24-year-old Royheem Deeds, whom Sheffield said their department was not familiar with and had no previous dealings.

Just over a day after the shooting, the Telfair County Sheriff’s Office confirmed Deeds had been apprehended during a traffic stop in Nassau County, Florida, around 1:30 a.m. Monday. He was found hiding in the trunk of his sister’s car. Deeds’ sister, as well as another individual who was in the car at the time, face charges for aiding Deeds as he eluded authorities.