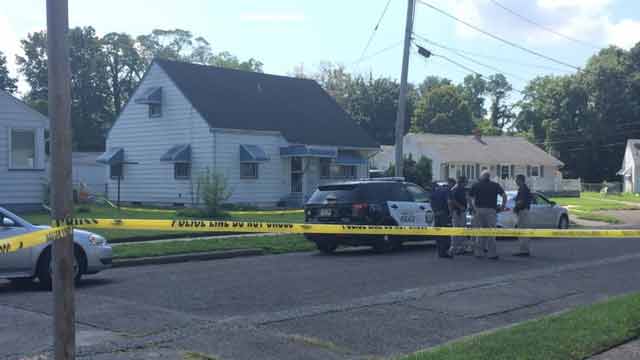 Neighborhood residents said the area is normally very quiet and they were surprised to awaken Saturday morning to a heavy police presence. (Photo: NJ.com)

A man was fatally shot outside of a Hamilton, New Jersey, home in the early morning hours Saturday, but authorities said the deceased man was violating a restraining order when he was killed.

The homeowner, Niam Camp, who is a senior officer with the Department of Corrections, said he was headed outside to smoke a cigarette around 4 a.m. when he noticed his girlfriend’s ex coming up the path outside of his home. Camp said the ex, Dominic Neal, was wearing a dark colored hoodie pulled tight around his face, with his head hung low, while holding his hand near his waistband.

Camp’s girlfriend, who was inside his house at the time, had an active domestic violence restraining order against Neal, making it unlawful for him to even be there. Additionally, Camp’s three children were inside the home.

Camp said Neal got to the front door and reached for the handle, all the while clutching near his waistband with his other hand. The off-duty corrections officer yelled at Neal, warning him to back off and leave, but Neal failed to heed the warning, according to reports from local media.

With Neal still at the front door and refusing to leave, Camp, not knowing Neal’s intentions, fired several shots through the front door of his home, shattering the glass and striking Neal.

Police were called to the scene and when they arrived found Neal injured and lying near the front steps. He was transported to a local hospital, but died a short time later. Camp, his girlfriend and children were all unharmed during the incident.

The investigation is ongoing, but no charges have been filed against Camp at this time.