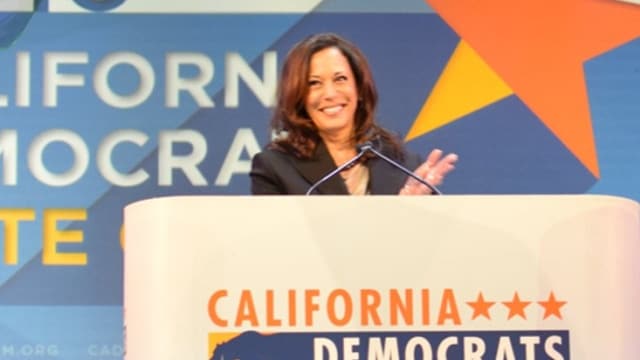 A federal appeals court this week sided with California Attorney General Kamala Harris and declined to rehear a combined case that the Second Amendment protects the right to carry a firearm for self-defense in public.

The cases at stake, Peruta v. San Diego and Richards v. Yolo County, were historic reversals of lower court rulings issued by the U.S. Ninth Circuit Court of Appeals in 2014 which found that, in both cases, California sheriffs used unconstitutional policies to limit the right to carry under the Second Amendment.

An en banc rehearing by an 11-judge panel of the court in June reversed the decisions, holding that the right of a member of the public to carry a concealed firearm in public is not, and never has been, protected by the Second Amendment.

This brought requests from the groups involved, the Second Amendment Foundation and Calguns Foundation in Richards and the National Rifle Association and California Rifle and Pistol Association in Peruta, to form what is termed a “super en banc” by the full court rather than a panel and try again.

In large part, the advocates argued the 11-judge panel’s majority decision failed to view the denial of permits in the restrictive context of California’s carry laws — which has a complete ban on open carry — and instead focused on concealed carry, looking past the fact that the cases brought were due to limited licensing by the sheriffs in the first place tantamount to a ban on concealed carry as well.

Harris, in turn, filed a response to the request for the full court rehearing of the cases, arguing that they needed no further review.

While some in the circuit have felt the en banc panel’s June decision was incorrect — Judges Callahan, Silverman, Bea and Smith dissented to one degree or another with the majority — the full court voted on whether or not to rehear the matter and rejected the idea this week as a majority of judges could not be found to support it.

“Now that the full Ninth Circuit has declined to rehear the case, it may ultimately be petitioned to the United States Supreme Court,” said the CRPA in a statement on Peruta before noting the current short staffing in the nation’s high court. “With Supreme Court nominations at stake, it is critical that every gun owner makes it to the ballot box this November!”

The group also advised they are seeking a new avenue of legal attack, saying, “The en banc decision in Peruta has set the stage for a new lawsuit challenging California’s comprehensive carry regime that effectively denies most law-abiding citizens the ability to carry a firearm in any manner — either openly or concealed.”

Backers for the Richards side of the argument are also advising the fight for the right to bear arms in California will continue.

“While the Ninth Circuit’s decision is disappointing, it’s far from surprising,” CGF President Brandon Combs told Guns.com.  “The Calguns Foundation is already hard at work updating its Carry License Sunshine and Compliance Initiative research. As part of that important ongoing program, we will be looking for unlawful or unconstitutional carry license policies to cooperatively remedy or litigate.

The Adam Richards v. Sheriff Ed Prieto right-to-carry litigation was always about securing a meaningful and accessible way to lawfully carry handguns for self-defense in public, and CGF will continue doing just that in and out of the courts,” said Combs.