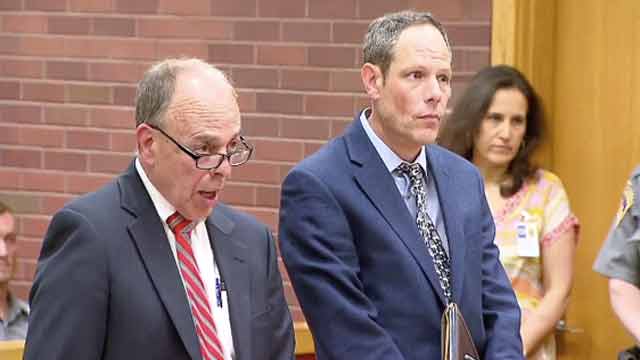 A man who previously worked as a teacher at a school in Newton, Connecticut, appeared in Superior Court on Tuesday asking for probation after he was caught earlier this year carrying a loaded gun on campus, the News Times reported.

Jason Adams is charged with Possession of a Weapon on School Grounds, a Class D felony stemming from an April incident in which a fellow faculty member reported Adams to security personnel after noticing what appeared to be a weapon tucked beneath Adams’ clothing. Authorities found that he was, in fact, carrying a loaded .45-caliber Colt Defender. He was arrested, but released on his own recognizance.

Authorities noted the firearm was never unholstered and students and staff were never believed to be in any sort of danger.

Officials confirmed that Adams had a valid Connecticut Pistol Permit, but broke the law when he brought the gun to the school, which is located about two miles from Sandy Hook Elementary, where 20 students and six staff members were brutally murdered in 2012 when a gunman opened fire inside the school.

Nonetheless, the Newtown School System described the incident as “very serious and troubling.” Adams, who was an eighth-grade science teacher at the time of the incident, was placed on administrative leave, but eventually resigned.

If convicted of the charges, he could face up to five years in prison, but Adams, who has no prior criminal history, asked the judge to consider a special probationary program instead. Under the accelerated rehabilitation program, Adams would avoid prison time, but be subjected to two years of probation, after such time the charges would be dismissed and erased from his record, provided he has no additional charges added during the probationary period.

Adams and his attorney, John Maxwell, presented the application to the judge, but due to a problem with the paperwork, review of the application was postponed. Adams is due back in court Sept. 15.