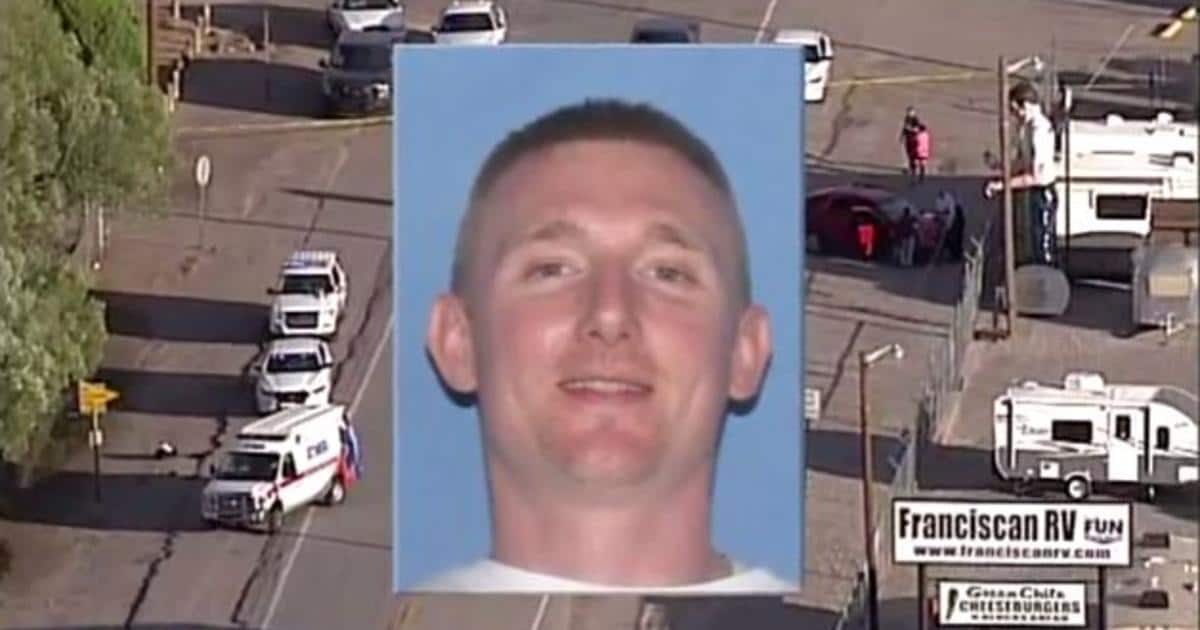 Jesse Denver Hanes, 38, was formally charged as a felon in possession of a firearm, carjacking and discharging a firearm during a crime of violence. If convicted in federal court, he stands to serve a maximum 45 years behind bars.

Hanes has been recovering at University Medical Center in El Paso, Texas, from a self-inflicted gun shot wound stemming from the shooting of Hatch Officer Jose Chavez.

Chavez initiated a traffic stop on a 1991 silver Lexus around 3:40 p.m. on Aug. 12. Hanes allegedly fired at the officer from the vehicle with a .45 caliber Kimber pistol. Chavez was wounded in the abdomen and later died from his injury.

After shooting the officer, Hanes and two other suspects sped away in the Lexus.

According to the complaint filed by the FBI, one of the suspects, James Nelson, witnessed Hanes shoot himself in the leg. No reason was given as to why Hanes shot himself.

The three suspects parted ways and were all eventually captured by police; but not before Hanes shot another victim during a carjacking. The driver, who has not been identified, was transported to University Medical Center in El Paso and is expected to live.

In addition to the federal charges, Hanes has been charged with first-degree murder in New Mexico criminal court. He is also wanted in Ohio in connection with the death of a 62-year-old man.

Hanes is being prosecuted under the “worse of the worst” anti-violence initiative. Under this directive, the U.S. Attorney’s Office and the feds work with local law enforcement to target violent, repeat offenders. The goal is to remove these felons from the community.

“People need to ask themselves, if the man who ambushed and killed five police officers in Dallas had lived, would he deserve the ultimate penalty? How about the heartless violent criminals who killed Officer Jose Chavez in Hatch and left his children without their brave and selfless dad? Do they deserve the ultimate penalty? Absolutely,” Martinez told the news station. “Because a society that fails to adequately protect and defend those who protect all of us is a society that will be undone and unsafe.

New Mexico did away with the death penalty in 2009.