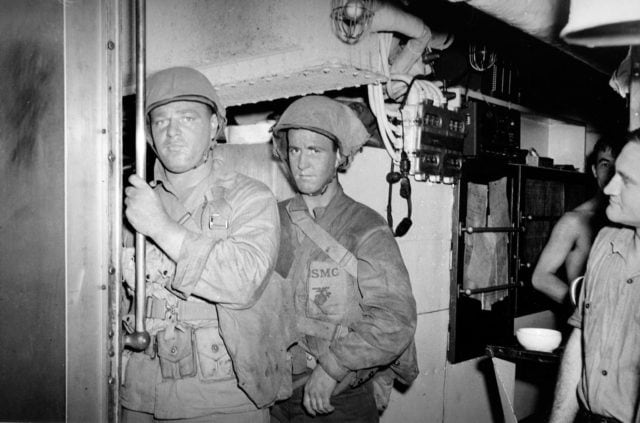 During the darkest part of the war in the Pacific, a group of Marine Raiders stormed Japanese-held Makin Island. Today one of their Garands left behind is undergoing long-term preservation.

Scarcely eight months after the attack on Pearl Harbor and just weeks after the fall of Corregidor, the U.S. Navy was planning to take the war to Imperial Japan at a little known island in the Solomons by the name of Guadalcanal. As part of the initial assault on that chain, “Carlson’s” Raiders of 2nd Marine Raider Battalion were to carry out a diversionary strike on Makin Atoll in the Gilbert Islands.

Carried to Makin by two submarines, USS Argonaut and USS Nautilus, some 211 Raiders came ashore in rubber rafts in the predawn hours of August 17, 1942. By the end of the day they had annihilated the Japanese garrison, sunk two of the Emperor’s boats, and destroyed two of his planes. As part of the withdrawal the next morning, 19 fallen Marines were left behind in graves on the island.

In 1999 the military returned to Makin, now known as Butaritari in the island nation of Kiribati, to recover the Marines, 13 of whom are now interred at Arlington National Cemetery.

Now, attention is being paid a rifle found during the recovery process, a corroded M1 Garand discovered in the grave and returned to Hawaii before its eventual transfer to the Raiders Museum located at Marine Corps Base Quantico.

After an Explosive Ordnance Disposal team inspected the rifle to make sure it was not loaded, it has now been transferred to the Naval History and Heritage Command’s Underwater Archaeology Branch at the Washington Navy Yard.

There, the archaeological conservators are formulating a plan to treat the rifle, buried in wet sand on a Pacific battlefield for over 50 years, and preserve it for future generations. 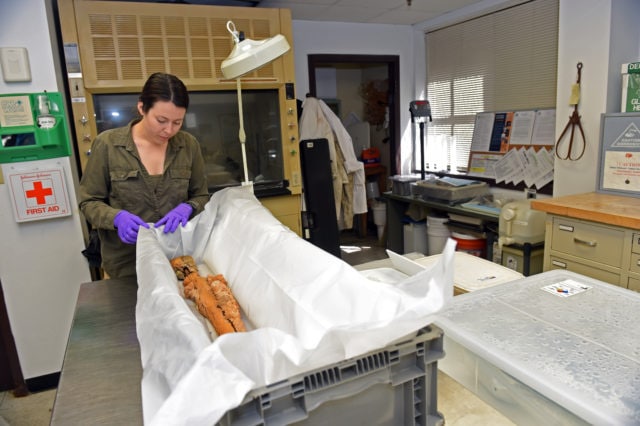 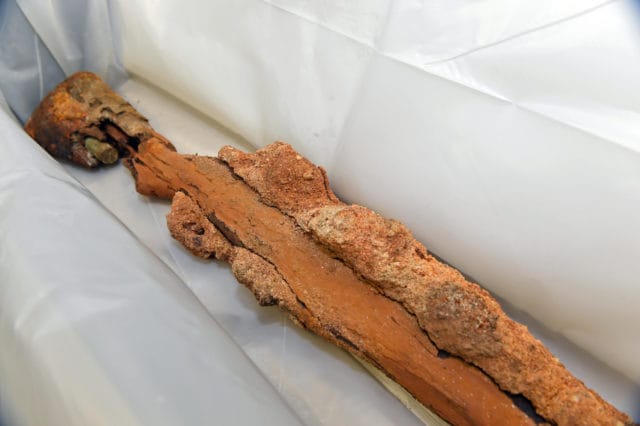 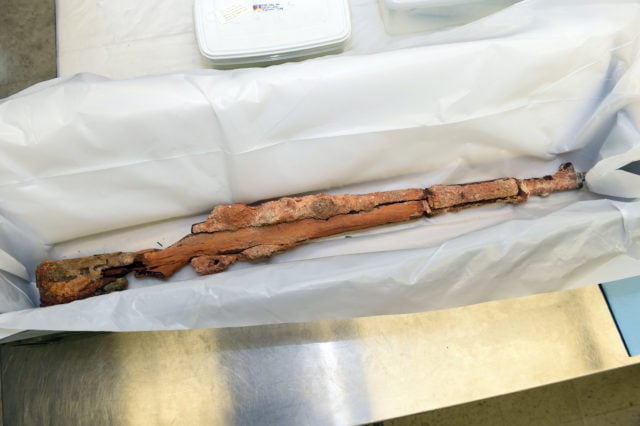