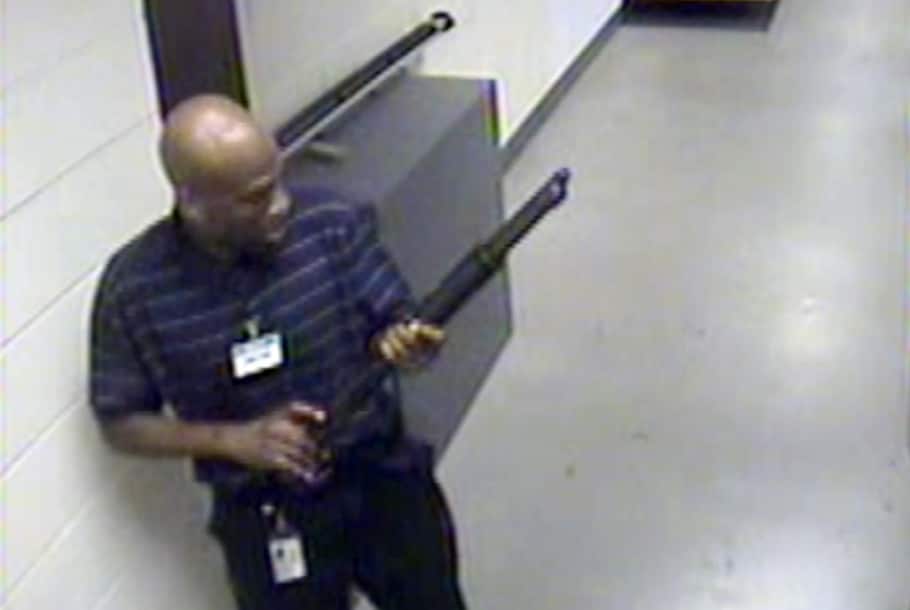 Department of Defense contractors asked a U.S. district judge to throw out a lawsuit aimed at placing a September 2013 mass shooting at a Washington D.C. naval yard on its shoulders.

The Experts, which employed the shooter, and HP Enterprise Services, the subcontractor, appeared in federal court Tuesday before Judge Rosemary Collyer to argue against allegations they could have prevented a shipyard attack carried out by their employee Aaron Alexis.

The case centers on the Sept. 16, 2013 mass shooting at a Navy ship facility in Washington D.C. Alexis, who had been working at the D.C. facility for three weeks, carried a Remington 870 shotgun into work. He positioned himself on the fourth floor of Building 197 overlooking an atrium and opened fire. Alexis claimed the lives of 12 people before police shot and killed him.

The FBI conducted an investigation into the shooting and revealed evidence of Alexis’ mental instability.

“There are multiple indications that Alexis held a delusional belief that he was being controlled or influenced by extremely low frequency (ELF) electromagnetic waves,” an official FBI statement read.

The investigation named etchings on the sawed-off Remington’s lower receiver and an electronic document in which Alexis cited ultra-low-frequency attacks as the driving factor to commit murder.

A 127-page complaint filed in May 2014 by the plaintiffs says that the Experts knew of Alexis’ mental problems at least a month prior to the attack. The filing says the Experts’ management team was made aware of several disturbing incidents involving Alexis’ behavior at the Navy Gateway Inn and Suites in August 2013.

Management decided to remove Alexis from the area and return him home to Fort Worth, Texas. While arrangements were being made, no notification was given to the Joint Clearance Access Verification System, which proves security access on base.

Further, the complaint states that an HPES employee interacted with Alexis and witnessed, firsthand, his delusional state. During an incident in the HPES employee’s hotel room, Alexis claimed he was being followed and displayed signs of auditory hallucination. The HPES employee was disturbed by the behavior and contacted a supervisor multiple times regarding Alexis.

Despite conversations between HPES supervisors and employees, neither the Department of Defense nor the Navy was ever notified of Alexis’ behavior.

“If appropriate procedures had been followed, they would have interrupted the chain of events that led to the Washington Navy Yard shootings,” Navy Adm. John M. Richardson told American Forces Press Service during an interview.

Lawyers for The Experts and HPES point to heightened foreseeability. Under foreseeability, the family of victim Mary Frances Delorenzo Knight must demonstrate the defendants knew about a precise threat. They argue that though the contracting agencies had reason to believe Alexis was unstable, they could not foresee the September 2013 attack.

Under the heightened standard, “it’s not a close case,” said attorney John Hall, representing HPES and the Experts.

Judge Collyer heard both sides of the argument last week and is expected to make a judgment regarding whether the case should be dismissed.

No word on when the judge is expected to make her decision.