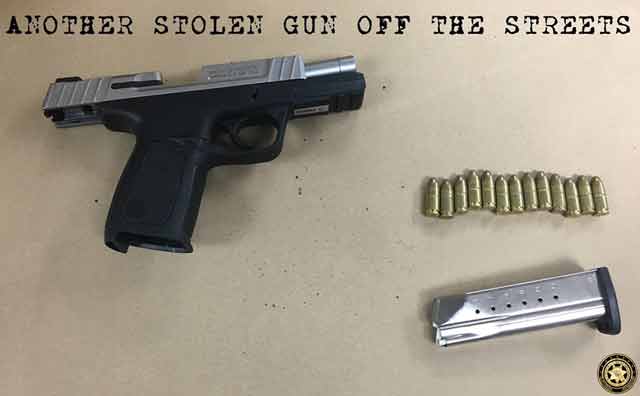 A 16-year-old on a joyride in a stolen car with a stolen gun was captured after a foot pursuit in Boynton Beach, Florida, over the weekend thanks to the help of a K-9 who just joined the force about a month ago.

The incident unfolded Saturday afternoon and started with a call about a traffic accident in which one of the vehicles left the scene. Police soon learned the fleeing vehicle was stolen, and while it was located after the crash, the driver initially refused to pull over.

Following a brief pursuit, the driver finally stopped, but he along with his three passengers got out of the vehicle and fled on foot. One suspect, Ashantane Colemen, 20, was immediately apprehended and a short time later, after a perimeter was established, a second suspect, Shynece Wilfork, 21, was taken into custody.

Two K-9 units continued the search for the remaining suspects and one of the dogs tracked a gun that was ditched by the driver in the backyard of a residence. It was determined the gun was stolen out of Palm Beach County.

The second K-9, Iro, tracked the driver, Jarrod Ricardo Medina, Jr., 16, to a nearby backyard where he was hiding. The fourth suspect was not found.

Medina was arrested and taken to a juvenile detention facility. He was charged with felony fleeing & eluding, grand theft auto, grand theft of a firearm and resisting arrest without violence.

According to the Boynton Beach Police Department, it was Iro’s first successful search.