Fugitive disguises himself as a senior citizen to evade arrest 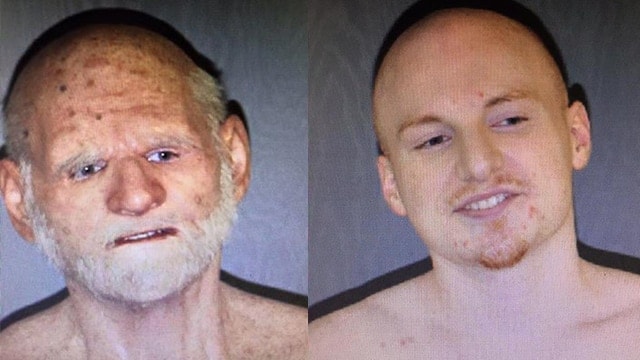 Shaun Miller, 31, disguised himself as an elderly man in an attempt to escape police custody; but was caught and arrested last Thursday. (Photo: Barnstable Police)

A Massachusetts man on the run from cops attempted to elude police by donning an elderly looking mask, but law enforcement saw through the elaborate disguise and arrested him on federal drug charges.

Shaun Miller, 31, was accused of drug trafficking in April, but disappeared after the indictment was issued.  That all changed Thursday when officials were alerted to his whereabouts and promptly surrounded the Cape Cod residence he occupied. In one final attempt to escape custody Miller dressed as a senior citizen to hide his identity.

“He was probably expecting us to move him outside the danger zone,” Barnstable police Lt. Mark Mellyn told to the Cape Cod Times.

Instead, he was met with suspicion when a search yielded a wad of cash — about $10,000. Upon closer inspection, cops uncovered the youthful Miller underneath the mask.

“It was Hollywood quality,” Mellyn said. “It was unbelievable.” 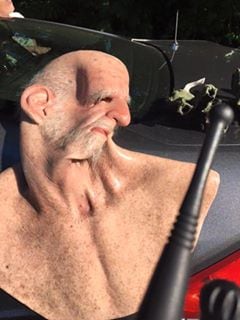 Police searched the house and found two loaded firearms stowed in a laundry basket as well as approximately $30,000 in cash.

Miller, also known as “Shizz,” is an alleged member of the “Nauti-Block” gang. The Cape Cod centered crew are notorious drug dealers who’ve been tied to numerous assaults and at least two murders.

For his part, the accused bought heroin, fentanyl and cocaine and was allegedly responsible for street-level distribution of the drugs.

Through the use of informants, surveillance, pole cameras, wiretaps and controlled buys law enforcement officials were able to pinpoint Miller and a host of others responsible for distribution of blue-tinted heroin in the region. The tinted heroin, laced with an additive that gave the drug a unique blue color, was instrumental in leading officers down the trail and back to ringleaders Denzel Chisholm and Christopher Wilkins.

Miller was busted on Nov. 16 after purchasing 100 grams of heroin from Chisholm. He and Brooke Cotell disposed of the drugs when confronted by police, but cell phone records confirmed they were both regular customers of Chisholm’s.

Miller refused to speak to police after his arrest and no details have been provided on his whereabouts the past four months.

James Cipoletta, Miller’s attorney, told CNN that his client denies all charges levied against him and will plead not guilty.

It’s safe to assume Miller will forgo all disguises for his appearance before a U.S. district judge in Boston on Aug. 31.