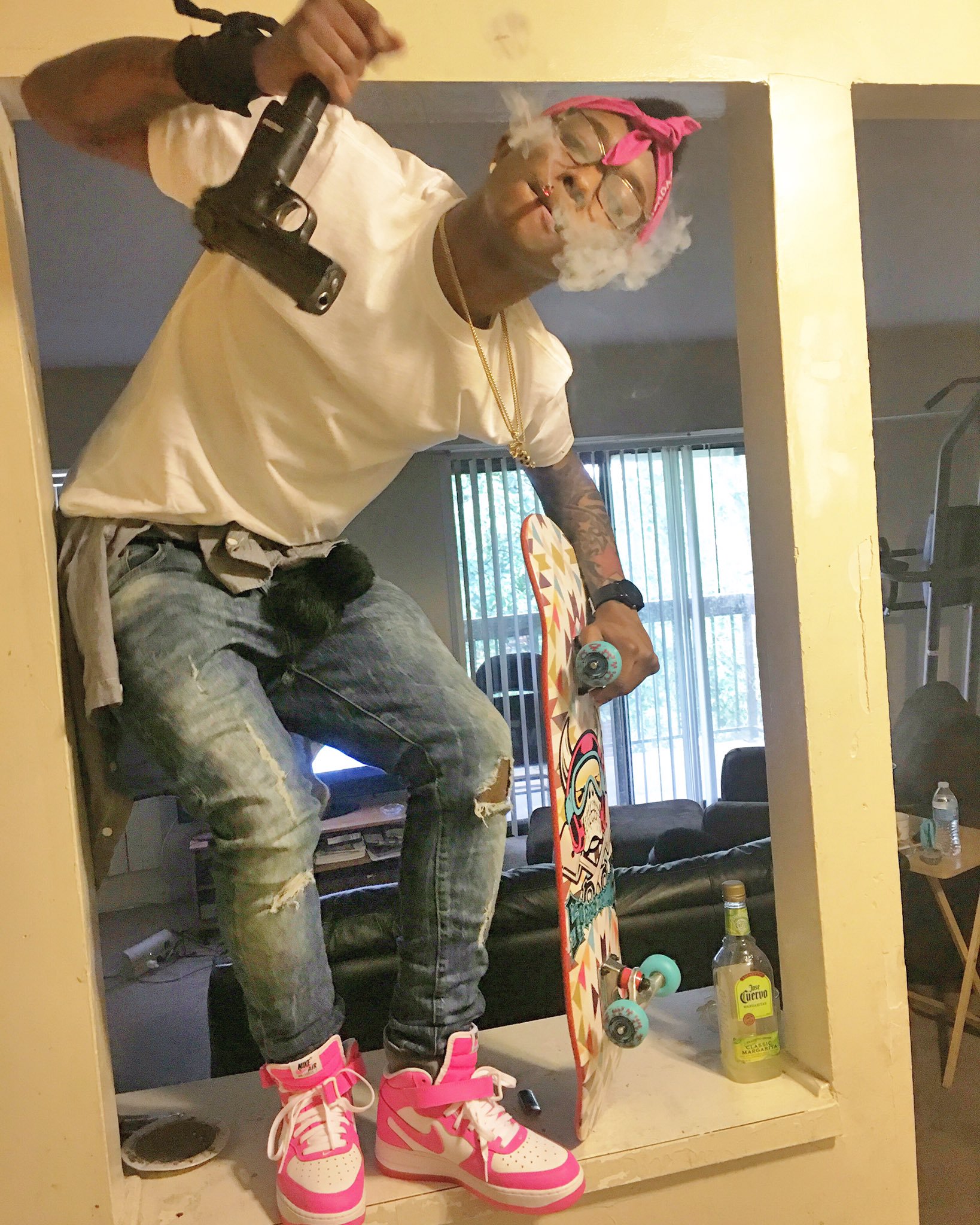 Officers responded to a call reporting gunshots and found the 18-year-old, whose real name is Douglas Brooks, on the ground. Brooks was pronounced dead at the scene.

Though police have largely remained silent about the shooting, officials did confirm they believe this was not a random act.

Brooks was just beginning to break into the rap scene in D.C, signing onto record label M.O.P3 last year. Since then, he’s released a handful of singles and collaborated with Grammy-nominated artist Wale and rapper Fat Joe.

With YouTube videos garnering hundreds of thousands of views and a large Twitter fanbase, Brooks was moving up the local rap ranks.

“It hurts me to see this young man go so soon,” radio personality Tony Redz commented on Instagram. “He was so young with so much potential.”

Social media sites erupted yesterday with the news, as friends and fans shared their heartbreak over the rapper’s tragic death.

Fellow artist and collaborator Ro Milli posted a litany of tweets and videos on Instagram and Twitter expressing his sorrow.

“Rest in peace, bro. I love you bro,” said the visibly distraught musician.

“Come on DMV, when this gonna stop? It’s so much talent here, but it’s so hard to make it cause of the hate. #ripswipey,” Twitter user WaviJaviBaby posted, referencing the D.C., Maryland and Virginia area.

Brooks’ manager Kevin Baldwin told The Post that despite his unstable upbringing, the rapper was intelligent and savvy. He did, however, hang with the wrong crew. A fact that, according to Baldwin, caused the two to clash.

“The issue was he was being successful on every level but the hardest part was to get him away from his friends — the negativity,” said Baldwin. “That’s where him and I bumped heads.”

Brooks’ mother, Freda, was surrounded by friends and family Sunday as she struggled to come to terms with the loss of her son. Speaking briefly to the Washington Post, she was overcome with emotion as she commented on the type of person her son was.

“He was a good guy, he was a nice guy, he never tried to start no trouble,” she said. “I’m crying. I’m crying because I love my son.”

A $25,000 reward is being offered for information leading to an arrest and indictment.