Armed with guns and shouldering rebel flags, the group “White Lives Matter” protested outside a Texas chapter of the National Association of the Advancement of Colored People in a mostly black area of Houston.

An organizer for the group, Ken Reed, told The Houston Chronicle they were protesting the NAACP’s “failure in speaking out against the atrocities that organizations like Black Lives Matter and other pro-black organizations have caused.” 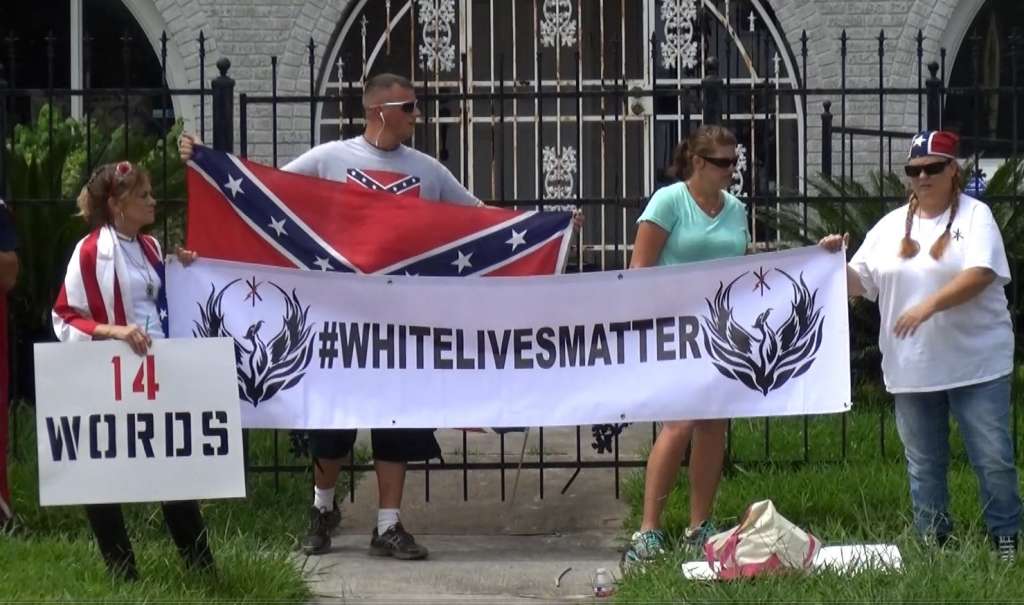 The phrase “14 words” is a reference to a white supremacist slogan. (Photo: The Houston Chronicle) 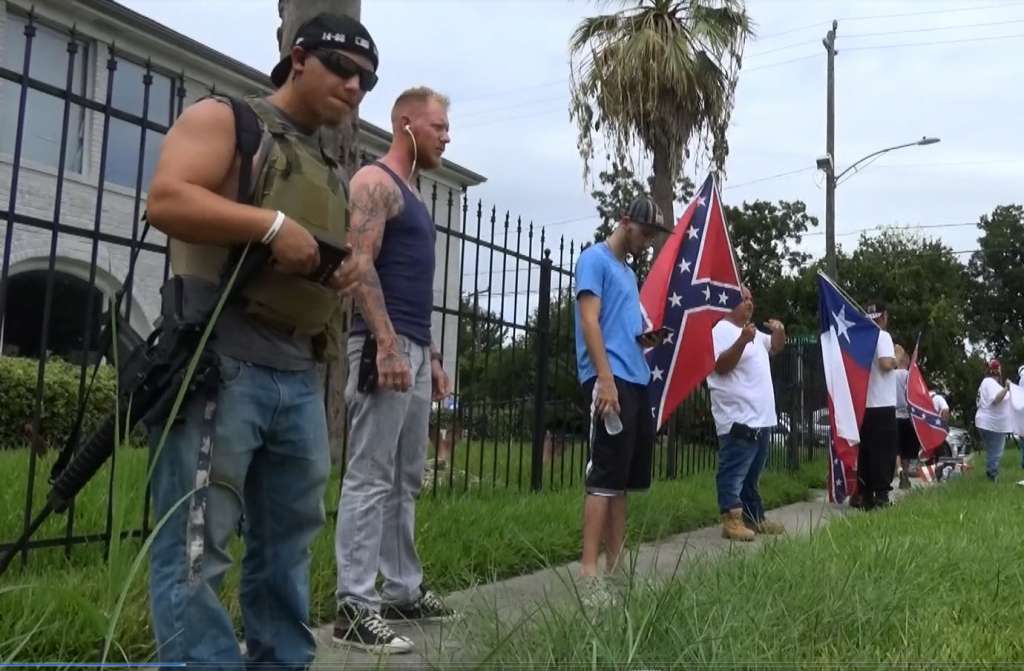 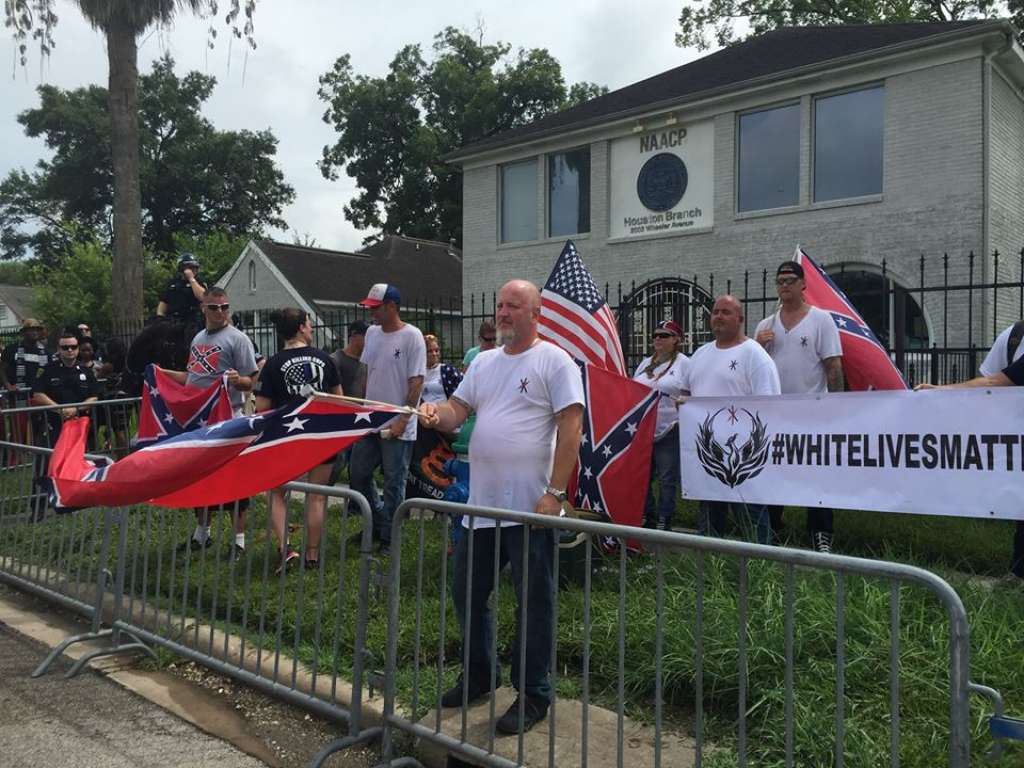 Reed pointed to the recent shooting in Dallas in which a man who claimed to be angry over high-profile police shootings of black men and a desire to kill white people opened fire on police during a Black Lives Matter demonstration. He killed five people and injured 11.

“If they’re going to be a civil rights organization and defend their people, they also need to hold their people accountable,” Reed said and added his group was not there representing hate despite displaying imagery long associated with hate groups.