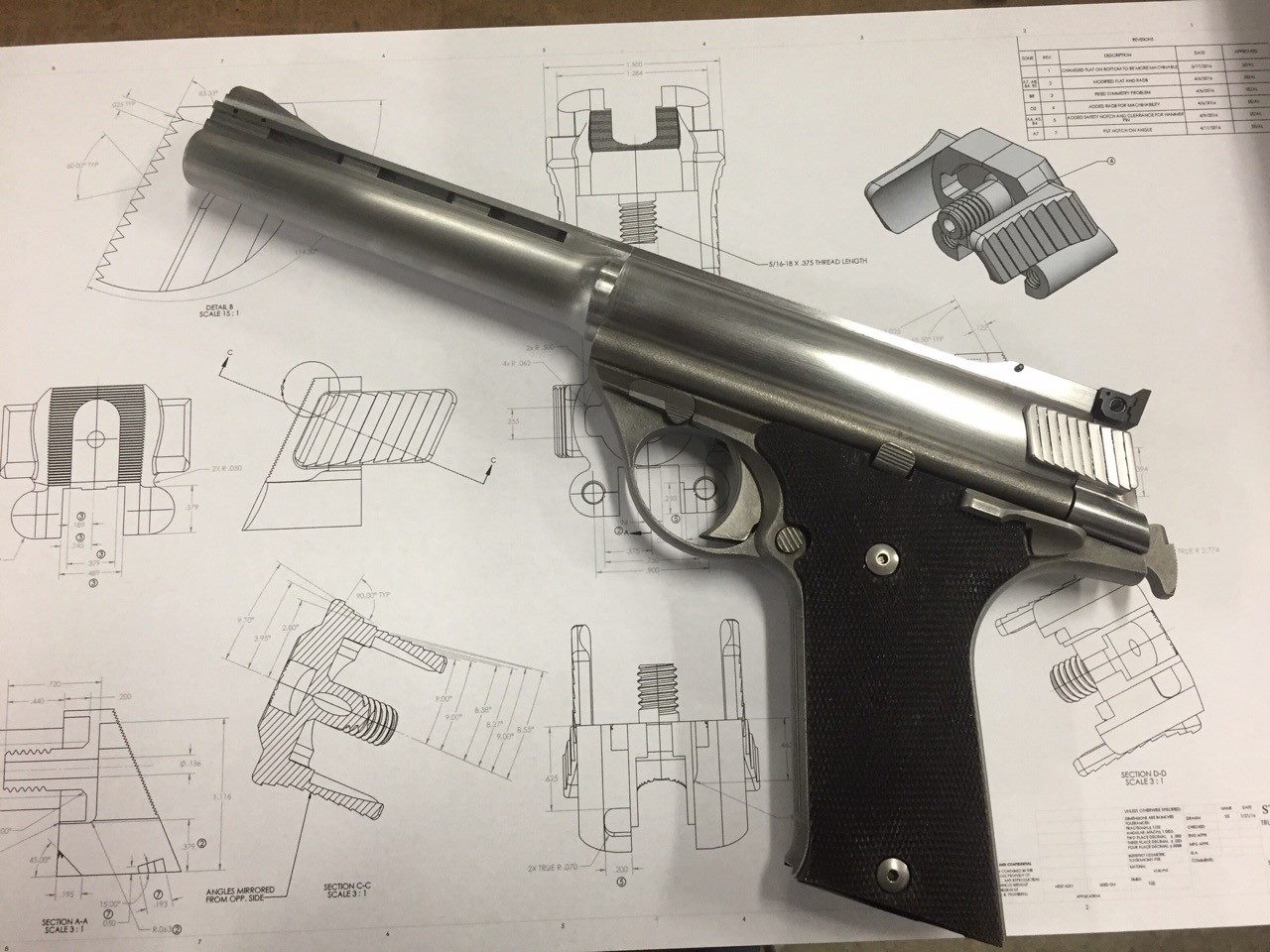 A new company purchased all of the assets and rights to the legendary Auto Mag from the Sanford family in 2015 and have been quietly working to both put the AMP back into production and offer services to owners of legacy guns. (Photos: Auto Mag)

Designed by unsung firearms genius Harry Sanford, the .44 Auto Mag (44 AMP) was born in 1958 and the gun that shot it has been out of production since 1982. That may be changing.

With an R&D by Harry Sanford and Max Gera that lasted more than a decade, this huge hogleg was perfected enough by 1969 to enter low rate production. Billed as the “Aristocrat of Big Bore Handguns,” at the time of its introduction the Auto Mag Pistol (AMP) fired the most powerful production handgun round on the market.

Tipping the scales at 57-ounces (yes, that is slightly more than 3.5 pounds); its 6.5-inch barrel gave it a length from muzzle crown to hammer spur of 11.5-inches. Overall it was a hair shorter and about two ounces heavier than the six-shot S&W Model 29 .44 Magnum wheelgun, but it also offered better handling, a longer sight radius, two extra shots with a quicker reload if needed– and improved recoil.

In 1982, after the company had changed logos (and hands) several times, the line was closed down.

AMT went on to produce some guns they termed “Auto Mags” but these were not the Sandford AMP.

In 2010 a company billing itself as Auto Mag, advertised that they would be selling some of the classic old guns in more or less new production at $5600 a pop—but none appeared.

Then in 2015 a new company was formed to bring this iconic handcannon back to the market, Auto Mag LTD. Corp.

This latest reboot purchased all of the assets and rights to the legendary Auto Mag from the Sanford family and have been quietly working to both put the AMP back into production and offer services to owners of legacy guns. 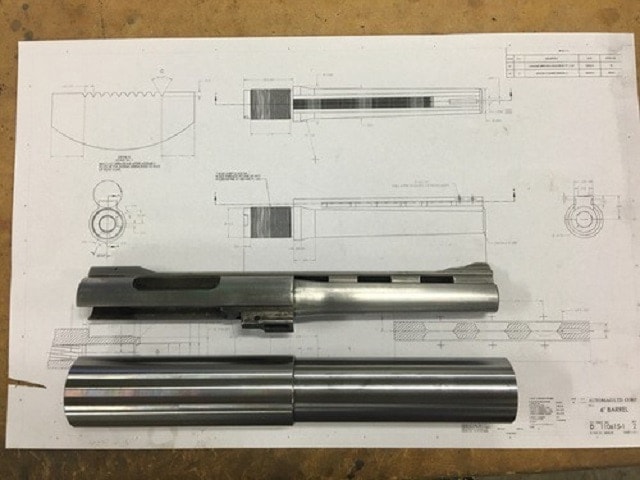 So far the Florence, S.C. based company has hooked up computer renderings, experimented with some 3D printing, crafted some barrels from one-piece solid stock, designed a new anti-tilt magazine follower design that could be an improvement over the legacy model, and produced a run of Auto Mag X Bolts.

They even have footage of new Mag X barrels in the mill:

And not so great test firings of a new  Auto Mag X upper on a legacy lower:

As for ammo, they have worked with Starline Brass to produce a run of 100,000 cases for the .44 AMP cartridge, and are looking for ammo makers to fill them with new loads.

While a production date is not set, they secured a PR firm for a marketing campaign this week for a pending relaunch. 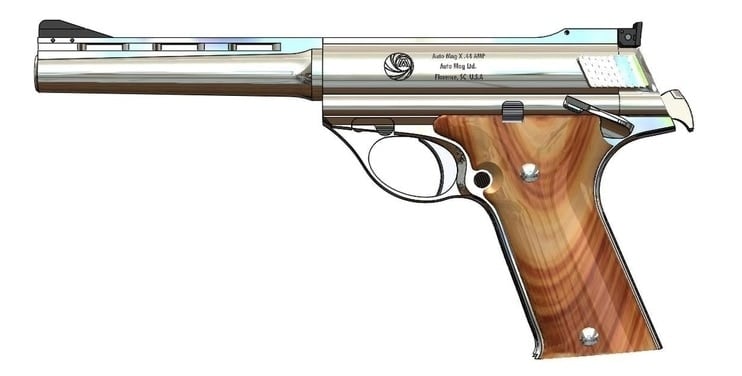