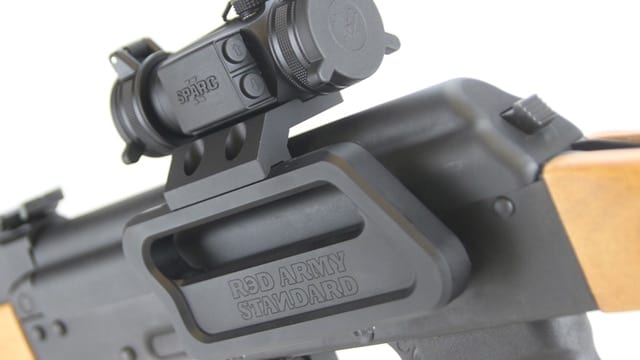 Century Arms announced a new AK optic mounting system — the AK Micro Dot Side Mount — is on its way to stores.

In the announcement, the company said the mount offers four times the clamping engagement over traditional side scope rail mounts, improves sight acquisition for follow-up shots and allows for complete field stripping of the rifle without removal of the mount.

The mount is compatible with most standard T1/H1 style optics and provides a modular mounting system to adjust the optic from front to back. Additionally, all Century C39v2 and RAS47 designs come equipped with side rails compatible with the mount.

The AK Micro Dot Side Mount includes all necessary hardware and has a suggested retail price of $119.99.