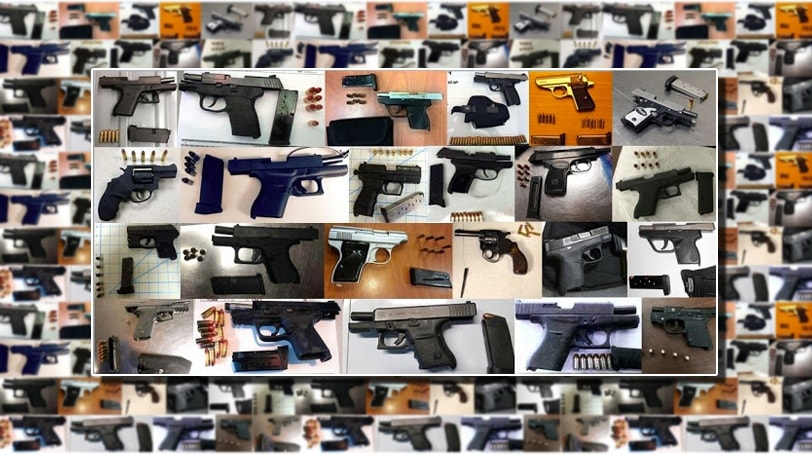 The Transportation Security Administration announced on Friday that last week broke a record for the number of firearms discovered in carry-on bags across the country.

TSA agents found 81 guns – 70 loaded, 31 with a round in the chamber – in traveler’s bags last week, breaking the standing record of 78 set the week prior and bringing the total number of firearms seized this year to 1,908. Last year, 2,653 guns were found in carry-on luggage, or a 20 percent increase from 2014.

Related: 2015 was another record-high year for TSA gun discoveries

Among the firearms discovered last week and on a regular basis were pistols of various calibers, “replica firearms, bb and pellet guns, airsoft guns, brass knuckles, ammunition, batons, stun guns, small pocketknives and many other prohibited items too numerous to note,” the TSA said on its blog.

“People typically say they just forgot it was there,” Michael England, a TSA spokesman, told The Trace.

The agency suggests travelers brush up on the proper way to travel with firearms and cautions to never pack ammunition or any gun parts – except rifle scopes – in carry-on luggage.

Travelers should also make sure they’re complying with individual state law, as they vary.