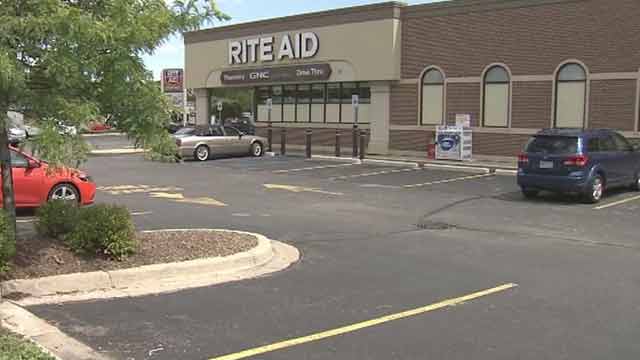 An elderly man who was targeted for a robbery outside of a Rite-Aid pharmacy in Mount Clemens, Michigan, Monday morning turned the tables on his assailant after the suspect ignored multiple warnings.

The victim, who is from Detroit but his name not released, said he had just gotten out of his car around 10:15 a.m. when he was approached by 30-year-old Richard George Ashford in the parking lot. The victim said Ashford was acting erratically and in a threatening manner as he approached the elderly gentleman. The frightened victim announced that he possessed a concealed pistol license and returned to his car for safety, where he remained until Ashford was out of view, according to reports from local media.

Once he believed the threat was gone, the man exited his vehicle again and began to walk toward the store. The man was close to the front doors when Ashford returned, this time holding what the man believed was a weapon in his hand, which authorities later learned was a piece of metal. The man again told Ashford he was carrying a concealed weapon and yelled at him to back off, but his warnings were not heeded.

Ashford then lifted the piece of metal above his head, as if to swing it, as he continued to advance toward the man. The elderly man, in turn, pulled out a .38 revolver and fired from about 10 feet away. Ashford continued to come at the man, who fired again, this time striking his attacker in the neck.

Ashford immediately fled from the scene, but was later apprehended by authorities and taken to the hospital. His condition is not known.

Meanwhile, the elderly man flagged down a passerby and asked to be taken to the police station where he reported the incident.

“This is a textbook case for why concealed pistol licenses are issued in the first place,” Smith added. “American citizens have the right to protect themselves in the face of clear assault.”

Ashford was charged with assault with a dangerous weapon, which is a felony. He is being held on a $50,000 bond and if he posts bail, will be required to wear a GPS monitoring device.