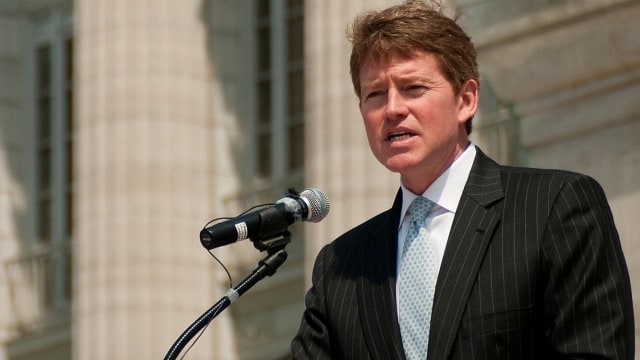 A law professor suing the University of Missouri, where he works, to be able to carry his firearm on campus now has state Attorney General Chris Koster on his side.

Last September, Royce de R. Barondes, an associate professor of law at the school, sued the college over his right to carry on campus. Barondes has been teaching at the university since 2002 and obtained tenure in 2006, but incidents on campus and Missouri’s recent expansion of gun rights protections under the state constitution sparked him to seek to overturn the school’s no-gun policy.

Through his attorney, Barondes filed an 83-page petition in the Circuit Court of Cole County, where Mizzou is located, seeking permanent injunctive relief against the school’s ban as well as attorney’s fees.

As a counterstroke, attorneys for the school managed to move the case to federal court where they counter sued the professor — seeking a further court order to prevent him from bringing a gun on campus, as well potentially crippling fees for their large legal team.

In May, U.S. Chief District Judge Greg Kays ruled the need for a state court to decide the matter outweighed the need to discourage what he felt was forum shopping, and remanded the case back to local jurisdiction.

Now, the Missouri Attorney General’s Office has filed suit against the curators of the University of Missouri and interim university President Michael A. Middleton in Boone County Circuit Court in support of Barondes’ constitutional rights.

The suit argues the university’s policy oversteps state law because it prohibits all law-abiding employees with valid concealed carry permits from carrying concealed firearms on school property while conducting activities within the scope of their employment — regardless of the employees’ individual circumstances or safety concerns.

“For example, a University employee who obtains a concealed carry permit and an order of protection after receiving a direct threat of violence from her ex-husband has no recourse for seeking the Curators’ consent for her to carry a concealed firearm while at work,” reads the filing. Barondes contends that the school could not guarantee his safety.

In 2005, MU Assistant Professor Jeong Im, 72, was brutally murdered, his body stuffed into the trunk of his Honda Accord, and his vehicle set ablaze in a school parking garage on campus.

Just five months prior to filing his original suit, police shot and killed an armed and dangerous man in another parking garage at the school following a manhunt. Compounding the issue, the school did not send out warnings through the university’s emergency alert system until after the incident was over.

Nanci Gonder, press secretary for the Missouri Attorney General’s office, told Guns.com the move this week was to make sure a state court heard the state’s argument.

“Attorney General Koster initiated this action to stabilize the legal issue in a proper venue, and to ensure that Missouri statutes and constitution are applied correctly and responsibly,” said Gonder in an email.