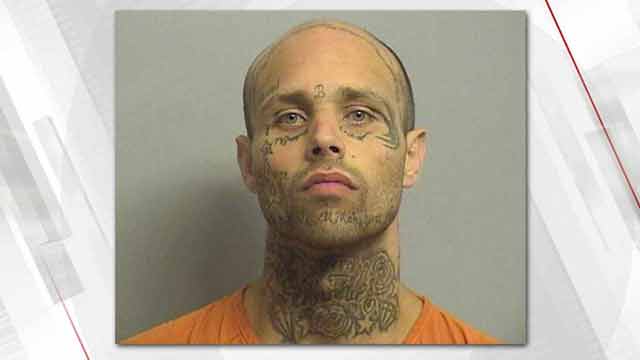 A 27-year-old man is in a Tulsa jail, being held without bond after he was arrested for murder just one month after being released from prison.

Cory Kuebler is a convicted felon and registered sex offender accused of fatally shooting a 25-year-old man at his Tulsa apartment over the weekend.

Police say Kuebler, along with a female accomplice, went to the apartment Sunday morning and the female knocked on the door. Once the resident opened the door for the female, Kuebler, who had his face covered with a bandanna, forced his way inside and fired two shots, one of which struck the victim in the neck.

Kuebler fled from the scene but was later apprehended at a nearby hotel after authorities found clothing and a handgun believed to be used in the murder. Kuebler is charged with first-degree murder and being held in a Tulsa jail, this time without bond.