Researcher claims guns, not crime, the main cause of police death 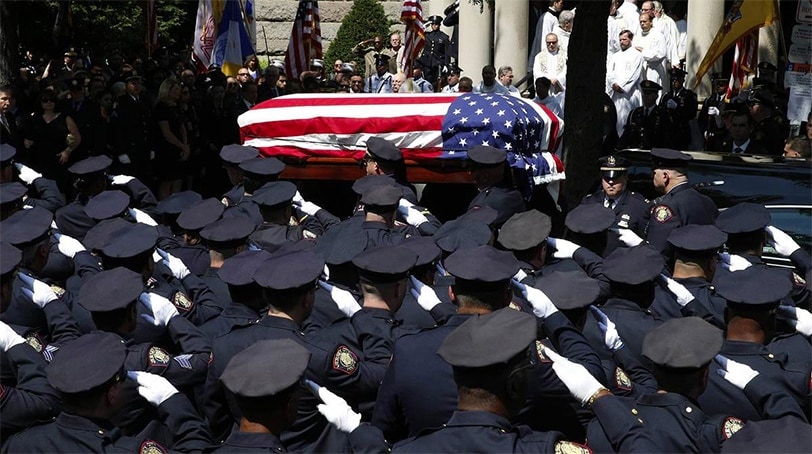 It was just two days before his 31st birthday and Georgia police officer Timothy Smith was on patrol when he received a call from dispatch reporting a suspicious man with a firearm near the intersection of Main and Smith streets in Eastman.

Smith made contact with the armed suspect along a set of railroad tracks near where the call had placed him around 9:30 p.m. on Aug. 13. Words were exchanged and the man opened fire on Smith, wounding him, after which time the officer returned fire. The suspect fled and was arrested two days later.

Smith is the latest in a series of firearms-related fatalities of law enforcement officers, whose lives could have been spared if it weren’t for criminals having such easy access to guns, according to Harvard researcher David Hemenway.

Hemenway, who runs the Harvard Injury Control Research Center, conducted a study looking at police deaths across the country and found the problem to be “not crime,” but guns, he said during a press conference on the National Institute of Justice’s “Research for the Real World” panel, held Wednesday morning in the Washington D.C. Office of Justice Programs.

“Officers in the high gun states have three times the likelihood of being killed on the job violently than an officer in the low gun states,” Hemenway said.

And it’s not just officers being killed at a higher rate — 30-40 times higher, according to Hemenway — in the U.S. when compared to other industrialized countries. They also kill civilians at a higher rate here.

Of course, Hemenway is loathed by Second Amendment proponents, who often see his findings as an attack on their right to bear arms. Conservative economist and gun rights advocate John Lott — who didn’t reply to a request for comment by article publication — has questioned Hemenway’s research in the past.

Most recently, a piece co-authored by the Harvard researcher and appearing in the American Journal of Preventative Medicine used firearm robberies and assaults to “test whether increased gun ownership had any effect on gun homicides, overall homicides and violent gun crimes.”

“It isn’t testing whether increased gun ownership causes crime rates to increase,” Lott wrote in response on his blog. “The study is far too simplistic and doesn’t include even the basic control variables that are typically included in other crime studies.”