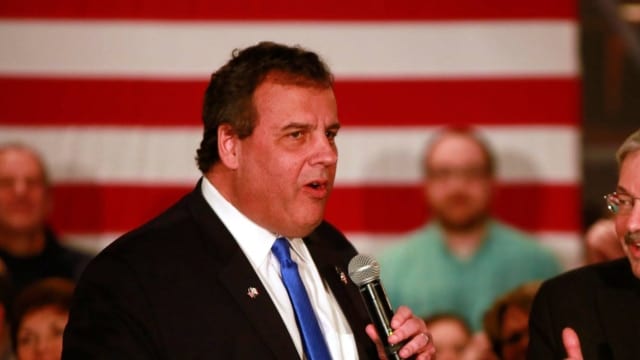 The two measures passed the state legislature in Democrat-heavy margins in late June, giving the governor plenty of time to craft his response — one that challenged the lawmakers and their proposals on Second Amendment grounds.

“The right to own a gun is a fundamental one enumerated in the Constitution,” said Christie in a statement from his office. “I continue to oppose the relentless campaign by the Democratic legislature to make New Jersey as inhospitable as possible to lawful gun ownership and sales. Instead of remaining an outlier with overly burdensome restrictions of questionable constitutionality, New Jersey should follow the lead of the vast majority of states across the country and simplify, not complicate the ability of responsible citizens, dealers and retailers, to buy, sell and possess firearms as protected by the Second Amendment.”‎

Christie offered lawmakers rebooted versions of the legislation for their consideration.

The first bill, S816, would have established a Personalized Handgun Authorization Commission, which would set standards for smart guns in the state and keep a roster of approved firearm types that meet their criteria. Once approved, gun shops in the state would have to stock at least one model vetted by the commission on their premises at all times subject to a $500 fine on the first offense, $1,000 on the second, and a suspension of their license on the third.

Christie’s proposed changes to the measure, prefaced with language that argued the lawmakers’ mandate to sell smart guns was likely unconstitutional under the Commerce Clause, offers to repeal the state’s smart gun law in toto.

The second bill returned to the legislature, A3689, outlines “justifiable need” as the standard for obtaining a gun permit rather than Christie’s recent executive reforms.

In April, regulatory orders directed by Christie included adding “serious threats” to the qualifying circumstances in the state’s may-issue permitting scheme as well as expanding protections for those transporting firearms. The move came following recommendations of a panel established by Christie in 2015 in response to the death of Carol Bowne, 39, of Berlin.

However, state Democrats felt the change was wrong for public safety and muscled A3689 through the Assembly 46-28 by Majority Leader Louis D. Greenwald and in the Senate 22-17 by Majority Leader Loretta Weinberg, author of the state’s controversial smart gun law, to repeal the reform.

To this, Christie fired back a proposal to the legislature to enable New Jersey to join the 42 other states with a “shall issue” standard for issuing concealed carry permits by eliminating the justifiable need standard altogether.

Assembly Dems were not amused at the turn of events.

“The Governor’s conditional veto is proof that he is out of touch with the overriding sentiments of New Jersey residents, the majority of whom support gun safety,” Assembly Majority Leader Louis Greenwald, D-Camden, said in a statement. “Our country has seen nothing short of an epidemic of gun violence in the past decade, from the shooting at Sandy Hook Elementary School to the massacre at Pulse Nightclub in Orlando. Because of our proactive approach to cracking down on gun violence, we have been fortunate that our state’s stringent laws have stopped a great deal of that violence at our border.”

State Second Amendment activists argue lawmakers should get behind the governors recast legislation.

“Gov. Christie has made a bold and defiant statement to the legislature in support of the Second Amendment,” Scott L. Bach, executive director of the Association of New Jersey Rifle & Pistol Clubs, told Guns.com. “Not only has he rejected their medieval schemes to block self-defense, but he has fired back in a way that forces them to choose squarely between citizen empowerment or victimization in the post-Orlando era of terror attacks on U.S. soil.

“The inescapable truth is that government cannot protect you when evil strikes — the only solution is citizen empowerment, and it is the legal, moral and constitutional imperative of government to facilitate and not block self-defense,” said Bach.