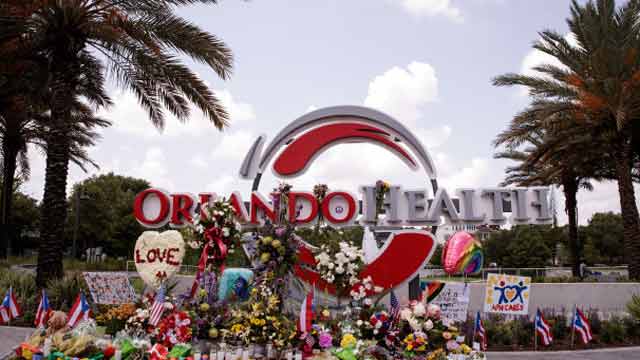 Hospital officials say this is simply their way of giving back to the community. (Photo: Orlando Health)

Two Florida hospitals that treated the victims of the Pulse nightclub shooting announced Wednesday that none of the victims will be financially responsible for any of the medical treatments they received.

Orlando Regional Medical Center, a division of Orlando Health, took in the bulk of the victims after a gunman opened fire in the club, which is located only a couple of blocks from the hospital. Altogether, 49 people died and more than 50 were injured. Forty-four of those victims went to ORMC, nine of which died after arriving. All but one of the victims have been released from ORMC. Florida Hospital provided treatment for a dozen of the victims.

Both hospitals have decided that none of those patients will receive medical bills, now and possibly in the future, the Orlando Sentinel reported.

“The pulse shooting was a horrendous tragedy for the victims, their families and our entire community,” said Orlando Health President and CEO David Strong. “During this very trying time, many organizations, individuals and charities have reached out to Orlando Health to show their support. This is simply our way of paying that kindness forward.”

Currently, the hospitals will dismiss more than $5 million in expenses. Furthermore, they say that while they can’t promise free medical care forever, they are committed to continuing to work with the victims – many of whom will need follow-up procedures – to get them the care they need at no expense to them.

“We can’t predict the future needs of these patients, their financial situations or what the state or federal governments may require us to do for charity policies,” said Orlando Health spokeswoman Kena Lewis. “While we can’t assume the answer is free care forever, we will use our very generous charity and financial assistance policies to assess the best way” to help.

Immediately after the shooting, a Go Fund Me account was created for the victims and their families. The fundraiser has since reeled in over $7.7 million, with donations continuing to flow in on a daily basis.

“It was incredible to see how our community came together in the wake of the senseless Pulse shooting,” said Florida Hospital president and CEO Daryl Tol. “We hope this gesture can add to the heart and goodwill that defines Orlando.”