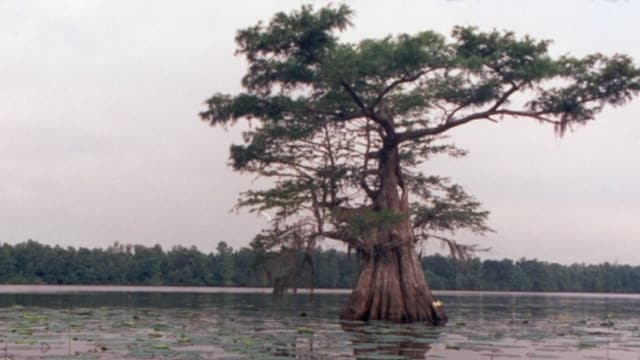 Since there are no images of the suspect or additional information, here’s a picture of a cypress tree.

A ranking member of the Louisiana Tactical Militia was arrested this week on drug and gun charges by the FBI’s domestic terror team in New Orleans.

James Moore, 46, of Talisheek, Louisiana, was allegedly involved in trafficking large quantities of meth and claimed to have access to more than 80 firearms, the Justice Department said.

The feds say Moore was arrested without incident by an FBI SWAT team with the help of the St. Tammany Parish Sheriff’s Office.

There were no additional documents besides the FBI press release available at the time of publication.

A Facebook page for the Louisiana Tactical Militia describes itself as “not a hate group” but rather “patriots who only care for American people’s liberties and rights.”