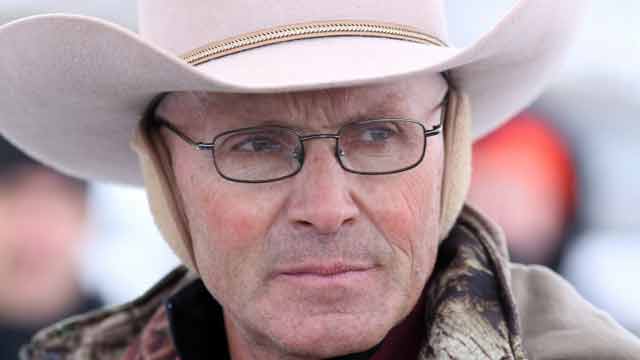 The wife of deceased rancher Robert “LaVoy” Finicum plans to file a lawsuit against the Federal Bureau of Investigation and Oregon State Police over civil rights violations stemming from her husband’s death following the Malheur Wildlife Refuge occupation.

California-based attorney Brian Claypool, who is currently co-counsel for Ryan Bundy, who was riding in Finicum’s truck during the deadly encounter and shot in the arm, confirmed in a statement he would also be representing Finicum’s widow, Jeanette, and 12 children.

Claypool told The Oregonian he lawsuit has not yet been formally filed, but there is “100 percent certainty” that it will be. Claypool said additional details about the lawsuit will be released during a press conference in September.

Finicum, who played an essential part in the occupation, was shot three times in the back on Jan. 26 while attempting to elude authorities on a remote highway north of Burns. Multiple law enforcement agencies set up roadblocks along the stretch of highway in an attempt to take several key members of the occupation into custody as they made their way to a planned community meeting in John Day.

While occupiers following Finicum in a second vehicle surrendered at the first roadblock and were taken into custody without incident, Finicum initially stopped then made the decision to drive away after telling authorities at the roadblock he would meet them in town, with the local sheriff.

But soon after fleeing from the first roadblock, Finicum was faced with the second roadblock, composed of a number of vehicles parked in the middle of the highway. As Finicum came upon the roadblock, he swerved to avoid the vehicles on the road and crashed into a snowbank.

After exiting his truck, Finicum was shot and killed by state troopers. Authorities claim they opened fire on the 54-year-old as he reached for a loaded handgun tucked into his inside jacket pocket, but a slow-motion video taken from inside his truck showed Finicum with his hands clearly in the air when a second round of shots were being fired. Furthermore, two unnamed FBI agents are now under investigation after it was determined they lied about firing the first shots at Finicum. Other officials, who did not fire any shots but contributed to the false story, are also under investigation.

Nonetheless, in March, Malheur County District Attorney Dan Norris determined the shots that killed Finicum were not only justified, but “in fact, necessary,” noting that the rancher “was using his truck as a dangerous weapon” and repeatedly ignored commands from law enforcement. Jeanette Finicum, however, said her husband was murdered in cold blood.