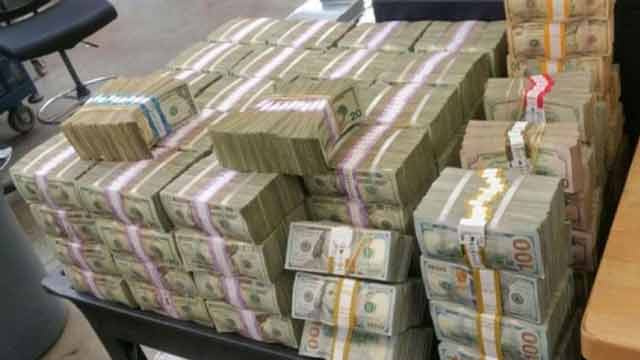 Two men were busted trying to smuggle $3 million in U.S. currency across the border into Mexico last week.

The two men were driving separate vehicles on Interstate 15 in Escondido, California, but Border Patrol agents noticed the men driving in tandem and became suspicious of their intentions.

Officers initiated a stop and the driver of a Kia Forte complied, but the second suspect, who was driving a Volkswagen Passat initially stopped, then sped away. An inspection of the Kia revealed almost $34,000 in cash and the driver was taken into custody on suspicion of smuggling currency.

The Volkswagen was later found abandoned nearby and in the trunk were boxes containing over $3 million in cash. The driver was also found hiding nearby in some bushes.

Authorities say it was the largest seizure of smuggled cash in San Diego County’s history.