Six12 production to launch in Tennessee 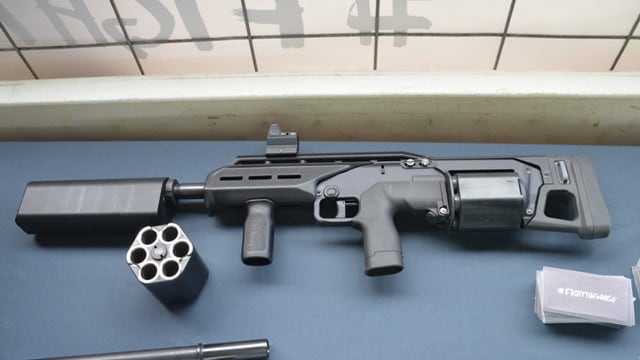 The Six12 equipped with a SilencerCo suppressor. (Photo: Chris Eger)

Owners of the apparel company Crye Precision will set up shop to manufacture a novel shotgun design in the heart of Tennessee, The Nashville Post reported Tuesday.

Vantage LLC, founded by Caleb Crye and Gregg Thompson, will invest $5 million in a 22,000-square-foot-facility in Donelson Pike, located near Nashville’s airport.

Crye Precision, based in New York City, will put into production the Six12 shotgun, a bull-pup design that uses a revolving cylinder as a feeding device. The company has been teasing the scattergun for the better part of two years and even partnered with SilencerCo at one point.

Vantage has been registered with the state of Tennessee since December 2015. The company plans to set up shop soon and hire 100 people within the next five years.

Earlier this year, gun maker Beretta USA officially opened its doors in the neighboring town of Gallatin. The company decided to relocate most of its operation from Maryland about two years ago.