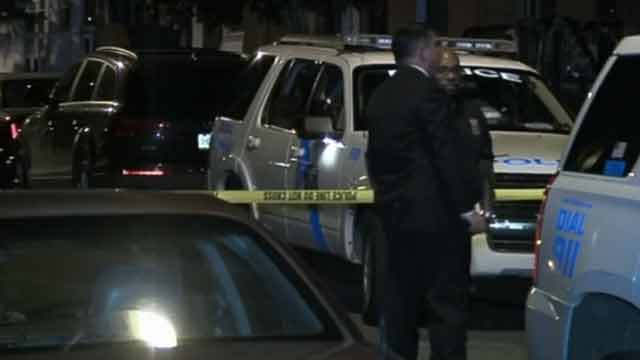 When police arrived, they found the ex-boyfriend suffering from a gunshot wound to the chest, and the new boyfriend was nowhere to be found. (Photo: ABC)

A 33-year-old man is dead after he broke into his ex-girlfriend’s West Philadelphia home last week and attacked both her and her new boyfriend.

Police say they received the first 911 call shortly after midnight on Aug. 24, after Asa Talley tried to break into the residence through a downstairs kitchen window. The woman’s new boyfriend was able to push Talley back out of the window and keep him at bay, but only momentarily, according to reports from a local ABC affiliate.

Talley made his way to a second-floor bedroom window where he successfully gained entry into the home. There he was confronted by his ex-girlfriend, with whom an altercation immediately took place and turned physical. Talley then attacked the woman’s new boyfriend, and at some point during the altercation, the new boyfriend pulled a gun and fired a single shot. Talley was struck once in the chest.

A second call to 911 was then placed, informing authorities of the shooting. When officers arrived on the scene, Talley was transported to a local hospital where he later died.

The woman’s two young boys were home at the time of the break-in and subsequent shooting, but were unharmed. Talley was the father of the boys. The woman nor her new boyfriend were reported to be seriously injured during the altercation.

However, for reasons which aren’t entirely understood, the new boyfriend fled from the scene immediately after shooting, before police arrived. Authorities say they knew who the man is and just need him to come talk with them.

“He knows that we know who he is, and it will be in his best interest to come into homicide unit to tell his side of the story,” said Captain James Clark of the Philadelphia Homicide Division in a news briefing with local media. “We will send all the information to the District Attorney’s office. And maybe he’ll get arrested, and maybe he won’t. But he needs to tell his side of the story or it looks bad for him.”

Officer O’Brien with the Philadelphia Police Department confirmed in an email to Guns.com that the name of the man who shot Talley has not been released, but did not indicate whether he turned himself in. O’Brien said the investigation remains “active and ongoing.”