Man with ‘trove of weapons’ arrested after threatening Obama, Muslims and feds 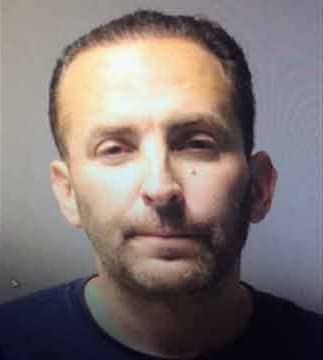 Joseph Garguilo, 40, of Holliston, Massachusetts, was arrested for being a prohibited person in possession of ammo.

A Massachusetts man who had allegedly threatened President Obama, Muslims and federal law enforcement officers had been stockpiling weapons despite a restraining order that prohibited him from doing so, the Justice Department said Monday.

The FBI arrested Joseph Garguilo, 40, of Holliston, Massachusetts, on Saturday for being a prohibited person in possession of ammunition. Investigators connected him to a trove of weapons, ammunition and incendiary material, and his threats to use them. He appeared in court on Monday and is currently being held without bail.

According to court documents, the FBI launched an investigation into Garguilo in July after receiving a tip online. The tipster said Garguilo threatened to “plant bombs in police stations … and kill as many homeland security officers as he can before they kill him.”

The tipster also said Garguilo expressed a desire to “chain a mosque closed and burn it down” and said he should have killed President Obama, who had recently been golfing at Martha’s Vineyard.

When federal agents searched Garguilo’s home, they said they found a “trove of weapons” that included components to build AR-15 rifles, ammunition, mace guns, knives and bomb-making materials. At the time, he was the subject of a restraining order prohibiting him from possessing such items. The order stated if he had such items “there is substantial likelihood of immediate danger of abuse…” Also, he did not have a firearms identification card, as required of gun owners in Massachusetts.

Officials also think Garguilo was stockpiling food and water as part of a plan that included a possible standoff with authorities. Handwritten notes threatening violence were also recovered.

The affidavit shows the witness told the FBI in reference to Garguilo, “Honest to god, I think he’s gonna snap.”

But Garguilo’s attorney, Mark Meehan, said his client is “distressed” over the accusations and denies ever making threats to anybody. He waved a probable cause hearing Monday, but is due in court Wednesday for a detention hearing.