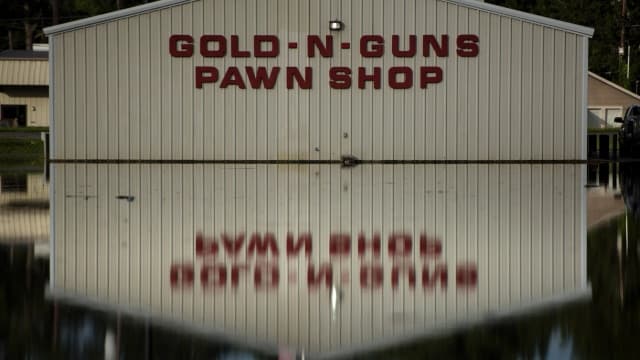 The National Shooting Sports Foundation announced Monday it would make funds available to aid shooting ranges and gun dealers in recovery after historic flooding in Louisiana.

The Board of Governors for the Connecticut-based firearms industry trade group approved a $100,000 allocation to aid members in the Baton Rouge area with an emphasis on storefront firearms retailers and gun ranges.

“We want our member companies to know that their trade association stands with them in these challenging times, and that this assistance is another benefit of membership,” said Bettyjane Swann, NSSF’s director of member services in a statement from the group.

The funds will be made available to members who suffered hardship during the flooding this month and need money for critical expenses or to reopen.

The Washington Post reported nearly 30 inches of rain fell on parts of Louisiana from Aug. 10-17, three times as much rain as Hurricane Katrina with some areas getting as much water in a week as parts of California has gotten in the last several years. At least 13 were killed while some 188,000 occupied homes were “affected” by the flood.

Emergency management officials have described the flooding as the worst natural disaster in the nation’s history since 2012’s Hurricane Sandy. It became a political football following a visit to the state by Republican Presidential candidate Donald Trump that Louisiana’s Gov. John Bel Edwards, a Democrat, described as “helpful” while Democratic hopeful Hillary Clinton issued a statement and President Obama was on a scheduled vacation. However, the president visited last week.

Besides the funds made available by the NSSF, gun shops and shooting ranges, like other small business, may  qualify for disaster loans and grants from the U.S. Small Business Administration or the Louisiana Economic Development and Louisiana Small Business Development Centers.