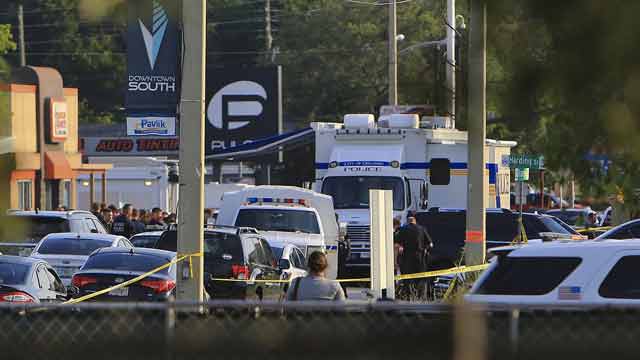 In response to numerous and ongoing media inquiries, on Tuesday the Orange County Sheriff’s Office released 20 recordings of the 911 calls placed on the morning of the Pulse nightclub shooting in Orlando.

“We know this will have an emotional impact on our community, as we deal with the loss of 49 people and countless others who were injured or in the club at the time of the attack,” the sheriff’s office said in a statement announcing the release of the calls.

The 20 calls are only a portion of all of the 911 calls that came in that morning, all from friends and families of those inside the club, but none of the calls that were placed from inside the club. Also among those which weren’t released were the calls placed by the shooter during the incident. Those recordings are currently at the center of a lawsuit between the City of Orlando and nearly 30 news agencies, according to the Orlando Sentinel.

The first 911 call came in at 2:02 a.m. on June 12 after the suspect entered the club and unleashed a volley of gunfire as he made his way through the club, essentially hunting down those inside as they attempted to hide.

One of the first callers said he heard at least 10 shots fired.

“We were leaving the club and as soon as we left gunshots were going like crazy,” the caller, who was not injured, told the dispatcher.

By that point, the Orlando police dispatch line produced a busy signal as a flurry of calls started to come in. Over the next three hours, dispatchers received calls from terrified club-goers and their friends and families. Some of the club patrons placed calls while dead bodies lay beside them, others watched helplessly as fellow club-goers died next to them. Some friends and family members of the victims sat on the phone or exchanged texts up until their loved ones last living moments.

One man, whose girlfriend was trapped in a bathroom with about 20 other people, placed a call to 911 more than half an hour after the shooting began.

“Are you guys sending anybody there?” he questioned, not knowing at that point what exactly was happening. The dispatcher ensured the man law enforcement were on the scene and working to help the victims. A number of club-goers had already been pulled to safety, but at that point, authorities had not gotten to the bathroom where the woman was trapped.

“They’re all scared to death, and they all think they’re gonna die,” he added, echoing a sentiment expressed by other callers.

911 dispatchers received the last call just after 5 a.m. from a father whose injured son was trapped inside the club. The man was driving to Orlando with his wife as he placed the call. Initially, the man remained calm, but soon broke down and began to cry.

“No one is going in for him,” he told the dispatcher. “Where’s the ambulance? Where’s the medics?”

As the last 911 call was coming in, three hours after the first shots were fired, the Orlando Police SWAT team breached an exterior wall to get to the shooter and those still trapped inside the bathroom. Ten minutes later, the shooter exited the club through a hole in the wall and an exchange of gunfire ensued. At 5:53 a.m., the Orlando Police Department tweeted that the shooter was dead. Altogether, 49 people were killed by the gunman and another 53 were injured.