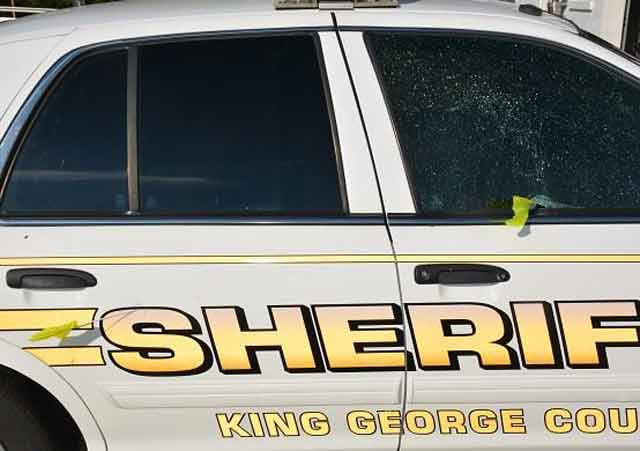 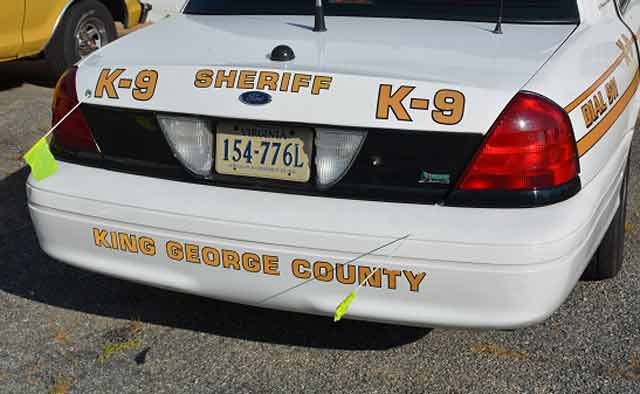 A drive-by shooting occurred at an auto service center in King George, Virginia, and authorities say it appears a police cruiser parked in the front was the target.

The car, which is used by one of the county’s K-9 units, was dropped off Sunday evening at Devers Auto Center for service. The following morning, deputies were at the service center when they noticed multiple bullet holes in the vehicle.

There were at least two bullet holes in the back of the vehicle and the front passenger’s side window was shot out. The vehicle was unoccupied at the time and no one was injured. Kecia Wharton, spokeswoman for the King George County Sheriff’s Office, said none of the other vehicles at the business were hit.

“Any time it appears that our profession is being targeted, it’s obviously concerning,” said Wharton, adding that they’ve taken their vehicles to that business for some time and have never had a problem in the past.