The Baltimore field offices of the FBI and ATF are teaming to catch two men involved in an armed robbery of a licensed gun store earlier this month.

They released video of the robbery of Blue Fins Bait, Tackle, and Guns located at 701 Wise Avenue in Dundalk.

The incident occurred on Aug. 5 around 7:30 p.m. when four men entered the shop and stole guns and money. A fifth man served as a lookout and driver. No one was injured in the robbery attempt. 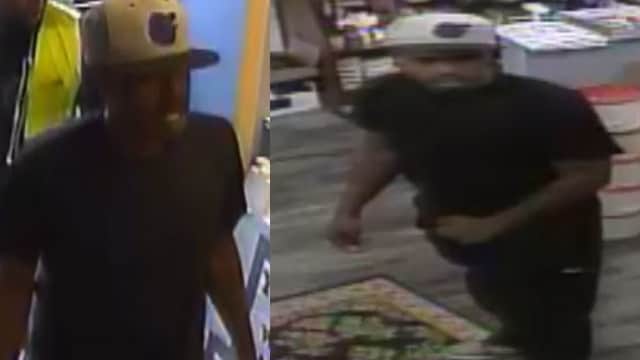 Three of the subjects have been arrested and are currently jailed in Baltimore County. Investigators think that the fourth suspect is Tavon Donte Hawkins, a black male, 5’05″ tall, and approximately 180 pounds. Hawkins is known to frequent the Cherry Hill area in Baltimore City.

Also, investigators need the public’s assistance in identifying and locating the fifth suspect.

If anyone has any information on Tavon Hawkins or the unidentified armed robber, you are asked to call the Baltimore FBI at (410) 265-8080.