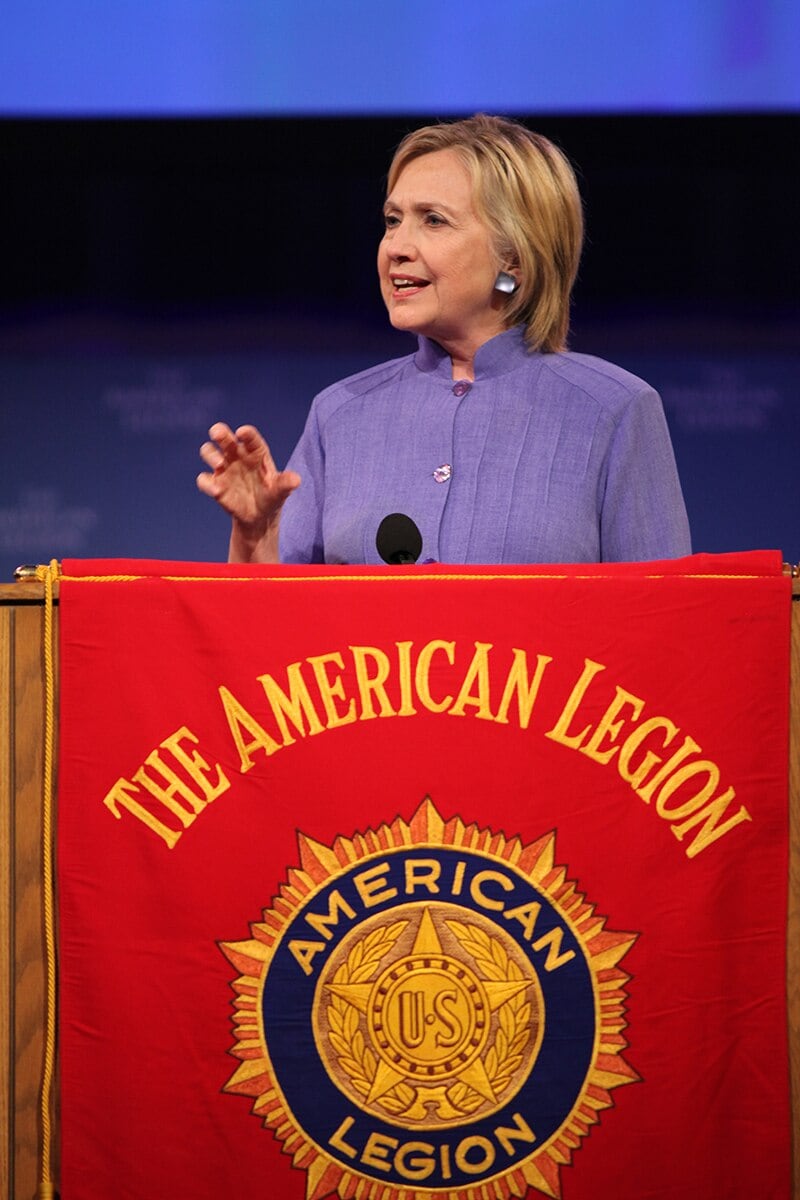 CINCINNATI—Starting with a promise she wouldn’t get political, Democratic presidential nominee Hillary Clinton slammed her opponent during a speech at the national convention of the largest U.S. veterans organization Wednesday.

In front of a crowd of thousands of members of the American Legion, who traveled here this week from all over the country, Clinton said her Republican rival, Donald Trump, was all talk and not fit to serve as president.

“You deserve a leader who honors your service not just with words, but with deeds,” Clinton said.

Clinton also criticized Trump for his temperament and said he isn’t well-informed when it comes to foreign policy matters.

The former secretary of state then offered Trump as the United States’ worse case scenario for foreign relations.

Using her experience as secretary of state, Clinton attempted to paint herself as an accomplished military advisor while touting American exceptionalism.

“There’s no better proof of that than what our Navy SEALs did during the raid to kill Osama bin Laden,” Clinton said.

She recounted the events that led to an iconic photo taken in the White House Situation room on May 1, 2011, with President Obama, his top government and military leadership and advisors.

“You’ve all seen the picture of us crowded into the smaller situation room watching the video screen, every second counted,” Clinton said. “One of the copters misgauged how high the wall was around the courtyard, clipped the tail, getting disabled. It didn’t stop the SEALs from rushing out, getting into the compound, returning fire against bin Laden’s body guards, taking on his adult son and finally bin Laden himself.”

Clinton took a moment to recognize the compassion shown by the SEALs in what happened next. They knew they had to destroy the helicopter and the precious secret technology it contained.

“This compound was in a military garrisoned city, actually the home of their military academy,” Clinton said. “So yes, every second counted, but still our SEALs took the time to move the women and children, bin Laden’s family members, to safety before destroying the helicopter. That is what honor looks like, that is America at our best.”

The former secretary of state suggested a president Trump would be a war monger, sending American troops into senseless battles.

“We must only send our troops into harm’s way as a last resort, not a first choice,” Clinton said. “That must be our bedrock principle.”

Every year, the American Legion invites the nation’s president to speak at its annual convention and during an election year, the major party candidates are also extended the offer. Trump has also accepted the Legion’s invitation and is expected to speak to the same crowd Thursday morning.

Obama addressed the American Legion at its Charlotte, North Carolina, convention in 2014. It was there he announced 19 executive actions seeking to help veterans and their families. Last year, Secretary of Defense Ash Carter spoke at the convention.

Clinton seemed to elicit a mixed response from the group

Chartered by Congress in 1919, the American Legion is about 2.4 million veterans strong and is credited with the creation of the Veterans Administration and the Montgomery G.I. Bill, which offers veterans money to pursue college degrees.

Disclosure: The author is a veteran and a member of the American Legion. 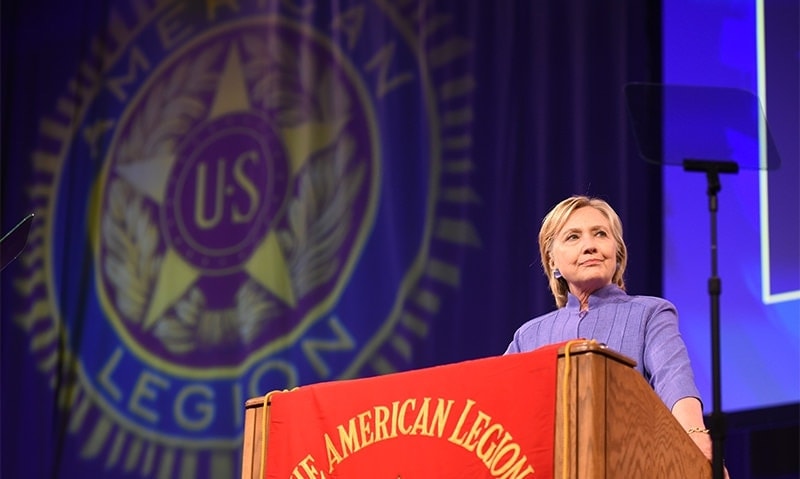